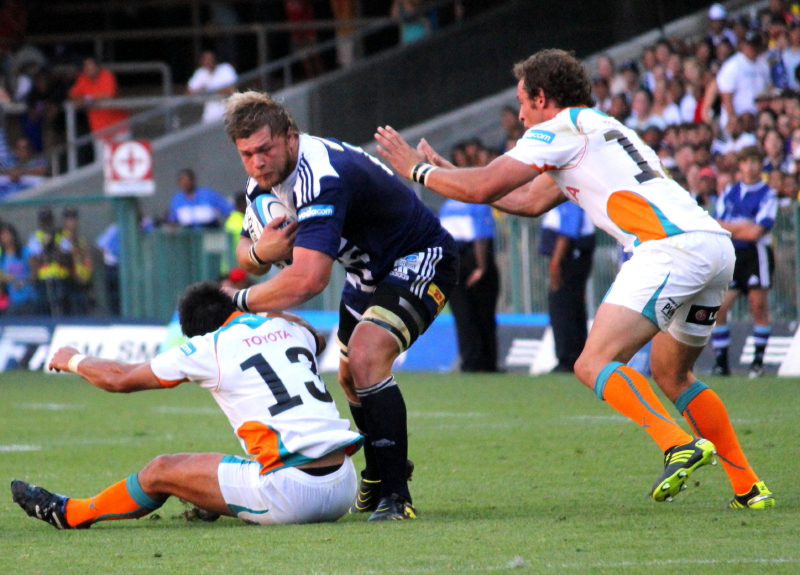 Morgan Piek – Allister Coetzee has for the first this time year revealed his hand by this morning announcing a Stormers side loaded with big names ahead of their clash Saturday evening against the Hurricanes at DHL Newlands.

This weekend sees the return of Duane Vermeulen. Vermeulen has been out of action since seriously injuring his knee in their 44 – 34 victory over the Toyota Cheetahs in Bloemfontein last May.

Joe Pietesen, an old Newlands favourite has return to the Stormers setup after a stint in France. He will be running out at fullback. This makes for an interesting backline. His inclusion at the fullback sees the pocket-rocket Gio Aplon moving to the left wing in the place of Bryan Habana, who will be joining old stalwart Jean de Villiers in the midfield. Habana will be donning the number thirteen jersey in the place of Jacque Fourie who is currently playing Japan.

Their new signing Gerhard van der Heever from the Vodacom Bulls will be making his Stormers debut at right wing.

The colossal Andries Bekker will be making his return as well after missing the Rugby World Cup due to a lengthy injury. Bekker will be partnering the highly impressive former Baby Bok, Eben Etzebeth.

On paper it seems to be a very a good team and should beat the Hurricanes and the hallowed Newlands. Although, New Zealand sides, even the All Blacks have long regarded Newlands to one of their favourite grounds often producing favourable results.

One concern is the bench seems a bit light and I cannot see any suitable replacement to play in the midfield should Bryan Habana not impress at outside centre. Habana however, did start his professional career at centre for the Golden Lions.