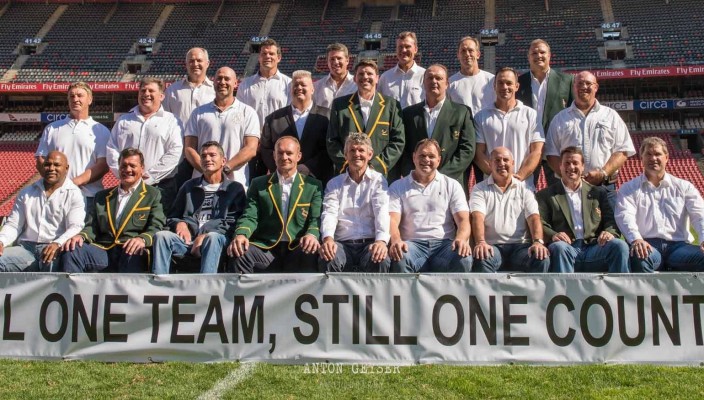 The entire 1995 world champion Springbok squad are inviting all rugby supporters to join them on a gentle jog through the streets of London tomorrow morning (Saturday 24 October).

On the morning of the 1995 RWC final, the Springboks set off on a run through the streets of Johannesburg, and were joined by a group of supporters. Twenty years later, on the morning of the 2015 RWC semi-final between South Africa and New Zealand, Francois Pienaar and his team will ‘jog the memory’.

The Boks will set off from the north side of Trafalgar Square, outside the National Gallery, at 07h30 on Saturday 24 October, run down the Mall, turn left, pause for a photograph beside the statue of Nelson Mandela in Parliament Square and jog up Whitehall.

All are welcome to join what will be a gentle jog.