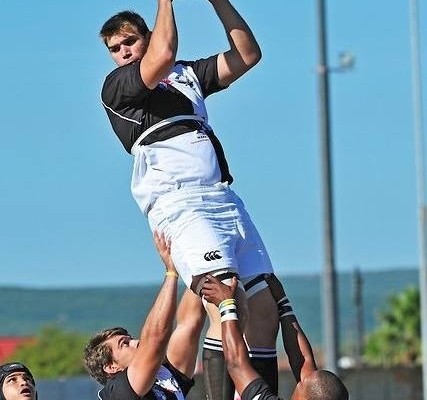 DEFENDING champions GAP Despatch will face Eastern Province arch-rivals Spring Rose in the televised opening match of the 2014 Cell C Community Cup, after SARU on Monday confirmed the New Brighton club as one of five wild cards to be invited to participate in the country’s flagship tournament for non-university clubs.

The tournament, which will once again feature 40 Pool matches to be played around the country, will kick off on 8 March 2014 with the Despatch-Spring Rose encounter at the Despatch Rugby Fields, which will be televised live on SuperSport. The two highest-placed clubs in each of the four Pools will qualify for the Easter Championship play-offs, to be played once again at Outeniqua Park in George from 17-21 April 2014.

“The 2013 Cell C Community Cup was a great success and with 125 days to go until kick-off in Despatch we are hard at work to ensure that the 2014 edition will build on what we’ve achieved already,” said SARU CEO Jurie Roux. “You just have to look at the increased interest and competition in the provincial premier leagues this year to know that the Community Cup has already established itself as a tournament in which the best clubs want to play. It is providing our club players with an aspirational platform and excellent exposure.

“This year we had to make some very tight calls on the wild cards and there are a number of very unlucky clubs, but we will be watching their performances closely next year,” added Roux. “With this in mind, we have already begun to review the wild card system and are looking at options to expand the tournament beyond 2014 to give as many clubs as possible a chance to be a part of it.”

The wild card selections were made from nominated non-Varsity clubs who finished as the second placed open club in their respective provincial championships.

The 2014 tournament fixtures will be released next week, once the remaining four wild cards have each been allocated to a Pool.

How the rankings were determined:

The Pool draw is arrived at by ranking the 14 Provinces, plus Limpopo, according to the order in which their clubs finished the 2013 Community Cup. The final placings from the Easter Championships in George determined the top eight rankings, while places 9-15 were decided by final log points after the tournament’s pool stages. The five wild cards were assigned the remaining slots (16-20) in the draw.