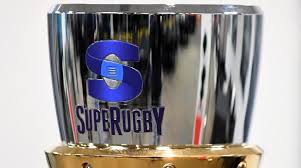 The 2018 re-structured 15-team Super Rugby tournament kicks-off in four weeks time on Saturday 17 February in South Africa when the Stormers host the Jaguares in Cape Town. The Lions, runners-up the last two years, host the Sharks in Johannesburg, while the Bulls have a bye.

SANZAAR CEO Andy Marinos stated, “Our vision is to run and manage the strongest, most competitive and engaging international and club competitions in the world. With the hard decisions to re-structure Super Rugby behind us we can now look forward to a stronger tournament that promises to deliver the best versus the best and one that continues to provide a high quality player pathway into the international arena.”

“Historically the success of SANZAAR teams in the international arena can largely be attributed to the quality, strength and intensity of Super Rugby. We believe 2018 will deliver a more competitive and compelling tournament with more unpredictable outcomes, and with an expansive and entertaining brand of rugby that tests players and re-engages our many fans across the globe. SANZAAR wishes all the 15 teams every success in 2018.”

At the completion of the 120-match regular season eight teams will qualify for the finals series and will be given a seeding of 1 to 8 for the quarter-finals. The three conference winners will be seeded 1 to 3 based on final tournament points and will host quarter-finals. Seeds 4 to 8 will be the five non-Conference winning teams with the next best number of Super Rugby competition points regardless of Conference. Seed 4 will host the remaining quarter-final.

To coincide with the restructured Super Rugby tournament SANZAAR has re-launched the official tournament website.  Designed for mobile use the official tournament website www.sanzarrugby.com/superrugby will carry all the latest news, results and highlights, as well as full team and player details.  As usual the site will publish the weekly conference standings including a ‘How is your team tracking’ table that highlights the teams sitting in the eight qualifying positions.