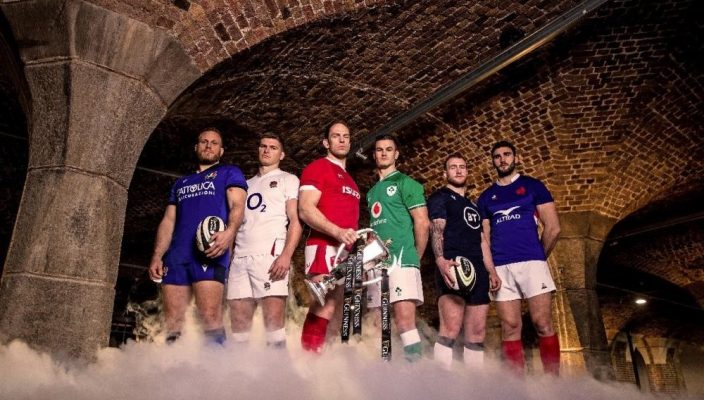 Following the conclusion of this year’s blockbuster Guinness Six Nations, that saw France winning their first Grand Slam since 2010, the fixtures for the 2023 Championship have been announced.

Set against the backdrop of a Rugby World Cup year, the 2023 Guinness Six Nations will kick off a huge year for rugby and offer teams and players an opportunity to make their case for World Cup contention later that year.

Kicking off on February 4th at Principality Stadium in Cardiff, Wales will host Ireland, who this year took the Triple Crown. On the same day, Scotland travel to Twickenham to take on England, and will be looking to retain the Calcutta Cup. The first Round of fixtures finishes with Italy welcoming Champions France to Rome, on Sunday 5th February.

Round Two starts with Ireland, who finished second in this years Championship, taking on France in Dublin on February 11th.

Round Three sees the age-old Anglo Welsh rivalry played out in Cardiff, when Wales host England, in a clash that has delivered incredible drama over the years.

A game that will go down in history, following Italy’s momentous victory over Wales in Cardiff, for this year’s Guinness Six Nations, moves to Rome for Round Four of the 2023 Championship. In the same round, England return home for Le Crunch, hoping home advantage can play its part against France.

Super Saturday gets underway Saturday March 18th, with Scotland playing Italy in Edinburgh, before the action shifts to Paris for France versus Wales. The final game of the Saint Patricks Day weekend is fittingly in Dublin, with Ireland hosting England, in what is set to be another bumper day of Guinness Six Nations drama.

Commenting on the announcement, Six Nations Rugby CEO, Ben Morel said: “The 2022 Championship ended in one of the most exciting Super Saturdays in history with an incredible performance by Italy, a Triple Crown win for Ireland and a long-awaited Grand Slam for France.

“Once again, fans had to wait until the final game was played to know who this year’s Champions would be, and the rugby action did not disappoint. The combination of incredible broadcast coverage of the Championship, and the eagerly anticipated return of fans at games, meant that this year’s Guinness Six Nations felt truly special.”

As we look ahead to the 2023 Guinness Six Nations, there are so many storylines that will play out across the five rounds of fixtures. This is a huge part of what makes the Championship so unique, and what continues to captivate the imagination of audiences and fans around the world.”