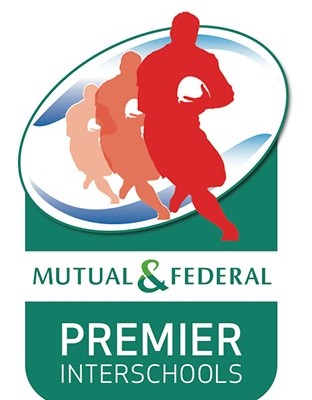 This encounter is relatively new on the calendar as both schools saw the need to exchange pleasantries over a weekend of competition to the benefit of all learners. They previously only met on festivals and on the rare occasion at the Easter Tournaments. Since 2010 however they have played each other regularly and while Glenwood won the first two encounters, Monnas was victorious in the last two.

Monument had a busy 2014 and played 17 games already. That is a lot considering we are only halfway through the season.  They started off well winning 7 games on the trot before succumbing to HTS Middelburg by one point in a close match. They recovered well for the Kearsney festival where they won against Framesby and Affies and then held the mighty Grey College to a 10 all draw. Their best performance for this season so far. A further draw at Wildeklawer to Selborne and a surprising lost to Kempton Park put paid to their chances of challenging for the top spot in 2014. But for the 2 one point losses, Monnas could have been at the top with Grey College. Their slight inconsistency has been the one problem they had over a few seasons, losing a game or two that they should normally win at a trot. This coming weekend against an in form Glenwood, they cannot afford to lose concentration as the Durban boys are well known for poaching any points on offer.

Glenwood was as busy as their opponents having played 16 games up to now. Their first couple of games was all friendlies while rotating players in their squad to get the right combinations. Their only blemish this season was at Wildeklawer where theymanaged to lose both the festival matches againstWaterkloof and Outeniqua respectively. The highlights of their season so far would include wins over Bishops, EG Jansen and most recently old rivals, Maritzburg College.

They have a new coach in Rudy Dames who took over from previous coach Sean Erasmus, the latter now coaching at Paarl Boys High. The transition between coaches seems not to have too much an effect on the success of Glenwood as their winning ways continued.

Monument High School was established in January 1921. The monument in question is the Paardeberg Monument on Krugersdorp, built to commemorate the decision of the South African Republic in 1880 to resist Britain’s decision to annex their country. Krugersdorp, west of Johannesburg, is named after President Paul Kruger and was founded in 1887 by Abner Cohen and others.

The schools motto is “It’s better to wear out than rust out”.

Monument first won the Administrator’s Cup in 1953.  It won again in 1973 and then again in 1992 and for the seven years which followed. In 2003 they were Media 24 National Schools champions. These are all huge achievements given the number and quality of the competing schools.

Monnas has produced 7 Springboks to date with Northern Transvaal center Christo Wagenaar being the first in 1977 and Western Province fullback Jaco Taute being the latest player to wear the famous Green and Gold.