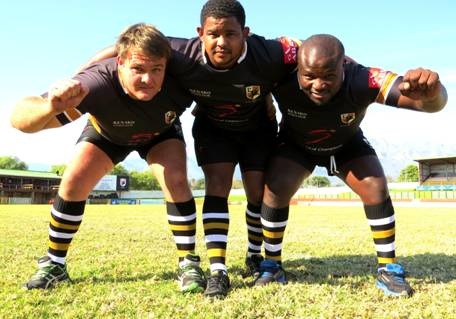 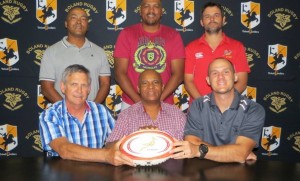 The Rugby Performance Centre, a state of the art high performance facility that was started by Alan Zondagh in 2005, will serve as the primary training headquarters of the Boland Rugby Union and the Boland Cavaliers for the next three years. The RPC will also be the new home of the Boland Rugby Institute (formerly the BRU SARU Academy), as well as a training facility for various Boland Rugby development programmes including, coaching clinics, workshops and rugby camps.

“In partnering with the Rugby Performance Centre and by appointing Alan Zondagh as Boland’s new director of Rugby, I don’t think we could have asked for a better start to 2016. The facilities in Riebeek West are world class and the quality of our new coaching staff makes me very excited for the season that lies ahead.”

According to Zondagh, the purpose of the RPC was to create a professional, disciplined and scientific institution to prepare young talented rugby players for the professional game.

“Mr Pekeur’s vision was for Boland Rugby to make a fresh start in 2016, which is why the decision was made to use the RPC as the headquarters and primary training facility for coaches and players of Boland Rugby’s professional team, all provincial amateur teams, clubs, schools, as well as development programmes.

“The RPC campus possesses all the facilities in order to offer a professional and scientific service to the Boland Rugby Union.”

“Our immediate focus with the senior team has been firstly to ensure that the operational infrastructure is developed and aligned for the attainment of optimal efficiency, secondly for cultural development and lastly, the initiation of our athletic development program together with the necessary supplementing medical support.

“The revival of Boland rugby will be undertaken with a phased approach in mind and certainly is a process that will need to be seen through from start to finish. A lot of work lies ahead, but I am confident that if we remain steadfast in seeing the process through, that over time, a difference can be made to get Boland back to winning ways.

“I look forward to the challenge, connecting with our community as time progresses and I feel privileged to be able to contribute to Boland Rugby.”

Janse van Rensburg will be assisted by the following coaches this season:

While retaining the services of a few seasoned campaigners such as Danwel Demas, Hanno Kitshoff and Marnus Hugo, as well as investing in players who were products of Boland Rugby’s Club Rugby and Academy structures in recent years (including Jovelian de Koker, Chaney Willemse, Chadley Wenn and Keenan Cronje, among others), Boland Rugby managed to select a promising squad for the 2016 Currie Cup season. New signings such as Theuns Kotze (Namibian international), Shaun Adendorf (former SA U.20 player) and Shaun McDonald (former Griquas and EP Kings player) will add some valuable experience to the team this season.