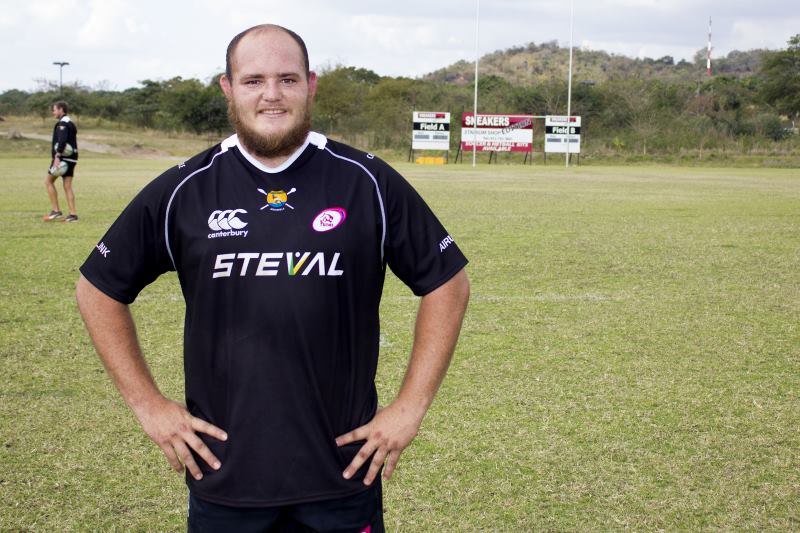 With the 2017 Currie Cup around the corner, the Steval Pumas are proud to announce the arrival of an exciting young player to the squad in time for the start of the country’s premier interprovincial tournament.

23-year-old tighthead prop Pieter Scholtz is making the move from the Golden Lions to bolster the Steval Pumas front row stocks when their Currie Cup Premier Division campaign kicks off on 23 July.

Scholtz was raised in the Northern Cape, where he started his rugby journey with a spot in the Griquas U/13 Craven Week team. He played Craven Week rugby at U/16 and U/18 level, before joining the Golden Lions Academy in 2013. He debuted for the Golden Lions Vodacom Cup team the following year, in an 18-16 victory against the Leopards in Potchefstroom.

Scholtz cemented his spot as a regular in the Golden Lions line-up, making eight appearances in 2015 and playing a starring role in the Under-21 side at the Provincial Championships. Despite being so young, Scholtz then appeared for the Lions in the 2015 Currie Cup Premier Division against his former side Griquas, helping the Lions to a 29-19 victory. He has continued to be a valuable member of the Lions squad.

Steval Pumas coach Brent Janse van Rensburg said that Scholtz is an exciting young talent to have on board.

“We warmly welcome Pieter to the Steval Pumas family. He is a young and up-and-coming prop who has shown a lot of potential during his time with the Xerox Golden Lions. We are looking forward to seeing what contribution he can make towards the Steval Pumas. We know he will add value to the team going forward,” said Janse van Rensburg.

“We truly do hope will give us the stability and flexibility that we in terms of our set-piece and scrums that we have been lacking throughout the season to a certain extent. We are looking forward to his positive contributions to the Steval Pumas and would like to wish him well in terms of his future here with us,” said Burger.

Be sure not to miss Scholtz and the remainder of the Steval Pumas team in action as they face the Xerox Golden Lions at Mbombela Stadium on Sunday, 23 July. Kick-off is at 14:30.