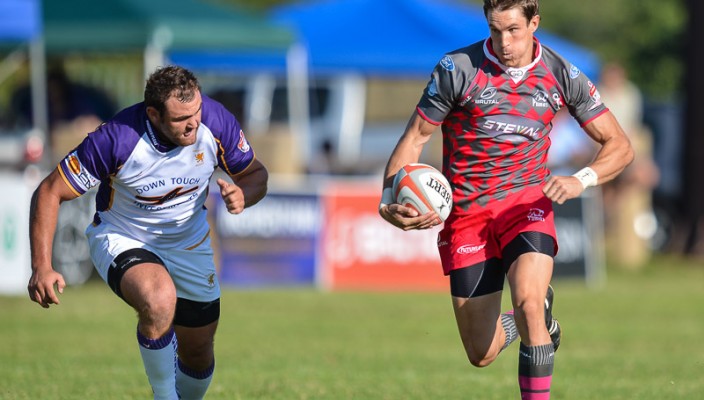 The battle for second place on the Absa Currie Cup First Division log table will take centre stage this weekend as the competition strikes the halfway mark and teams look to adjust their rhythm for the business end of the series.

Decisive matches on Friday will be between the Leopards and SWD Eagles in Potchefstroom and the EP Kings taking on the Border Bulldogs in Port Elizabeth.

On Saturday log-leaders the Steval Pumas will host the Valke in Nelspruit and the Down Touch Griffons go up against the Regent Boland Cavaliers in Welkom.

While a victory for the Leopards would allow them to retain their second-place standing on the log and stay within striking range of the Pumas, a defeat for the Potchefstroom team would see them tumble down the standings.

As things stand the Leopards have 20 log points following four victories in six matches, but the EP Kings and SWD Eagles are hot on their heels with 17 points, while the Regent Boland Cavaliers trail a further point behind. This means there could be a log reshuffle depending on the results this weekend.

Given the quality of the Leopards and SWD teams, with both sides boasting quality forwards and backs, the clash at Profert Olen Park is expected to be closely-fought.

SWD will be particularly wary of maintaining a high standard of discipline to keep Leopards points’ machine, flyhalf Adriaan Engelbrecht at bay. However, with Eagles wing Alshaun Bock and fullback Justin van Staden featuring among the seven top point scorers in the competition, the Leopards will be bracing themselves for a challenging encounter.  Despite this SWD will be wary of the fact that they have to produce a much more effective performance than that which they delivered against the Griffons last week to keep alive hopes of climbing up the log.

The EP Kings, meanwhile, will back themselves to secure a home victory against the Border Bulldogs, who have won only one match this season.

This is especially the case following the fine displays by utility back Dukisa Ntabeni, wing Siyanda Grey and flank Mpho Mbiyozo last week. The team will also be bolstered by the return of playmaker Sergeal Petersen from a hamstring injury.

With so many attacking threats in the EP Kings team, Border’s defence, in particular, has to be solid, while they will be wise to retain possession for long periods and test the home team’s defence.

In Nelspruit the Steval Pumas will enter their clash against the Valke as favourites.

Such has been the high quality of the Pumas’ performances they boast the bragging rights as the top attacking (with 27 tries in six matches to their name) and defensive team, as well as the only unbeaten side in the competition. The Valke will have to put their bodies on the line on defence and starve the Pumas of possession to create an upset.

The clash between the Down Touch Griffons and Regent Boland Cavaliers in Welkom could also be exciting, especially following the home team’s brave fight against the Eagles last week.

Boland will be determined to bounce back from their 35-5 hammering against the Pumas and to return to the form which guided them to four back-to-back victories prior to that. This hunger to win in both camps will set the scene for a hard-fought match.