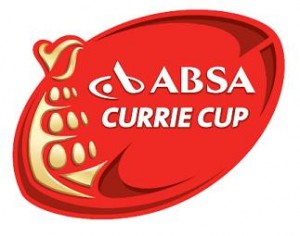 THE unbeaten Eastern Province Kings hold a commanding eight-point lead at the top of the Absa Currie Cup First Division standings following their 29-7 win over the SWD Eagles in George in what was the weekend’s only lop-sided result in the new-look, eight-team competition.

With just five rounds to play, the Kings now have 40 log points – eight more than the second-placed Ford Pumas, who edged the defending champion Regent Boland Kavaliers 36-33 at Boland Park in Worcester on Friday to move up to 32.

It was the Kavaliers’ sixth defeat, and they now find themselves languishing in seventh place, with just 17 points from their nine matches.

The Griffons’ 38-32 victory over the Leopards in Potchefstroom sees the men from Welkom climb back  up to third place with 28 points, just one point ahead of the Leopards.

And in the final game of the weekend, the Valke got their third win of the campaign with a 38-36 win over the Border Bulldogs in Brakpan which moves the East Rand side up to sixth and leave the winless Bulldogs rooted to the bottom of the table.

The Ford Pumas overturned an eight-point deficit on their way to a narrow win over the Regent Boland Kavaliers at Boland Park in Worcester on Friday.

The Pumas, who trailed 18-10 after 34 minutes, finally made sure of their victory when fullback JC Roos kicked a 77th minute penalty to break the hearts of the home supporters.

The Kavaliers scored four tries to three but they ran into the in-form Roos who scored 21 points courtesy of five penalties and three conversions in an entertaining contest which saw the lead change hands five times.

As the see-saw match entered the final quarter a Roos penalty saw the Pumas regain the lead as their pack of forwards started gaining the upper-hand in the tight exchanges.

The Pumas seemed to make sure of the victory with 11 minutes left in the half when scrumhalf Shaun Venter broke on the Kavaliers’ 22-metre line and he stepped past one defender before handing off another on his way to a superb individual try.

But the Kavaliers came back once again with a Jacquin Jansen penalty before a wonderful try from replacement wing Senan van der Merwe, who galloped all off 60 metres down the left-hand touchline, levelled the scores with six minutes left in the match.

Jansen failed with the difficult conversion attempt allowing Roos to have the final say in the nailbiting match.

The EP Kings’ unbeaten run continued as they eased to an easy win over the SWD Eagles at Outeniqua Park in George on Friday.

Flyhalf Wesley Dunlop shone for the visitors as he scored 14 points courtesy of a try, three conversions and a penalty as the Eagles missed the chance the strengthen their hold on third position on the log.

SWD right wing Clint Wagman was yellow-carded in the 10th minute for a spear tackle and the Kings took advantage seven minutes later when left wing Norman Nelson slid over in the corner after taking a pass from scrumhalf Noel Oelschig following a EP scrum five metres from the Eagles’ tryline.

The rest of the half was mainly contested between the two 22-metre areas but five minutes before the break the Kings finally scored again after a scything run from Paul Perez who galloped all of 45 metres before the Samoan was hauled down just short of the tryline.

But Dunlop was on hand to scoop up the ball before going over for a try with the flyhalf converting his own score as the Kings ended the half holding a 12-0 lead.

Dunlop opened the scoring in the second half with a 43rd minute penalty and six minutes later the pivot played a crucial role in his team’s third try when his superb off-load set up outside centre Wayne Stevens.

The Kings wrapped up the bonus-point try in the 57th minute when eighthman Luke Watson pilfered an errant SWD lineout throw from hooker Sidney Tobias 10 metres from the host’s tryline. Watson surged towards the line before being halted but tighthead prop Clint Newland was on hand to gather the ball and drive his way over for a converted try.

The Eagles finally opened their account, in the 63rd minute, when replacement forward Lyndon Hartnick broke free from 30 metres out before swerving past the last defender on his way to a converted try. However, it was little more than a consolation score for the hosts who battled to contain the Kings in the second half.

The Griffons grabbed a late try to snatch a last-gasp victory over the Leopards at Profert Olen Park in Potchefstroom on Saturday.

The Griffons found themselves trailing by one point with less than five minutes left in the match but they made sure of the win in the 76th minute when flank Martin Sithole rumbled over for his second try of the match.

Flyhalf Hansie Graaff was the Griffons’ other hero as he contributed 23 points courtesy of a try, three conversions and four penalties as the Griffons snapped a four-match losing streak.

Graaff’s prodigious points-scoring proved to be the difference in a tight contest which saw both teams score four tries.

The victory came after a superb fightback from the visitors who had found themselves trailing 29-16 in the 46th minute.

But tries for lock Chris Ehlers and Sithole’s brace as well as two conversions and a penalty from Graaff sealed the come-from-behind win.

The Valke hung on to beat the Border Bulldogs and uphold the finest traditions of Absa Currie Cup First Division rugby in their match at the Barnard Stadium in Kempton Park on Saturday.

The Valke led throughout the match and always seemed in control, Border scoring three tries in the last 15 minutes to narrow the final scoreline from 38-17.

The Bulldogs battled to contain the powerful Valke pack and the home side’s forwards started superbly when they kept a rolling maul going long enough for eighthman Reg Muller to plunge over the tryline in the fifth minute to get the scoring going.

Trailing 33-10, Border veteran Gareth Krause broke through the middle of the ruck from five metres out to rumble over for a converted try, but a sustained period of pressure in the Border half saw centre Hendrik Meyer score a try which gave the Eastern Gautengers a 38-17 lead.

With their whole bench now in action, the Bulldogs staged a gutsy fightback in the last 15 minutes. Replacement lock Nomani Tonga crashed over for a try in the shadow of the posts, converted by replacement flyhalf Reinhardt Gerber.

Flank Brian Shabangu, who played very well to the ball the whole match, was then in support in the 75th minute to score the visitors’ bonus-point try and outside centre Ruan Jacobs closed the gap even further when he beat the defence with some nifty footwork to score the last try of the match.

Replacement wing Louis Kruger succeeded with the conversion so the Bulldogs could at least leave Kempton Park with some pride restored – and with two bonus points.