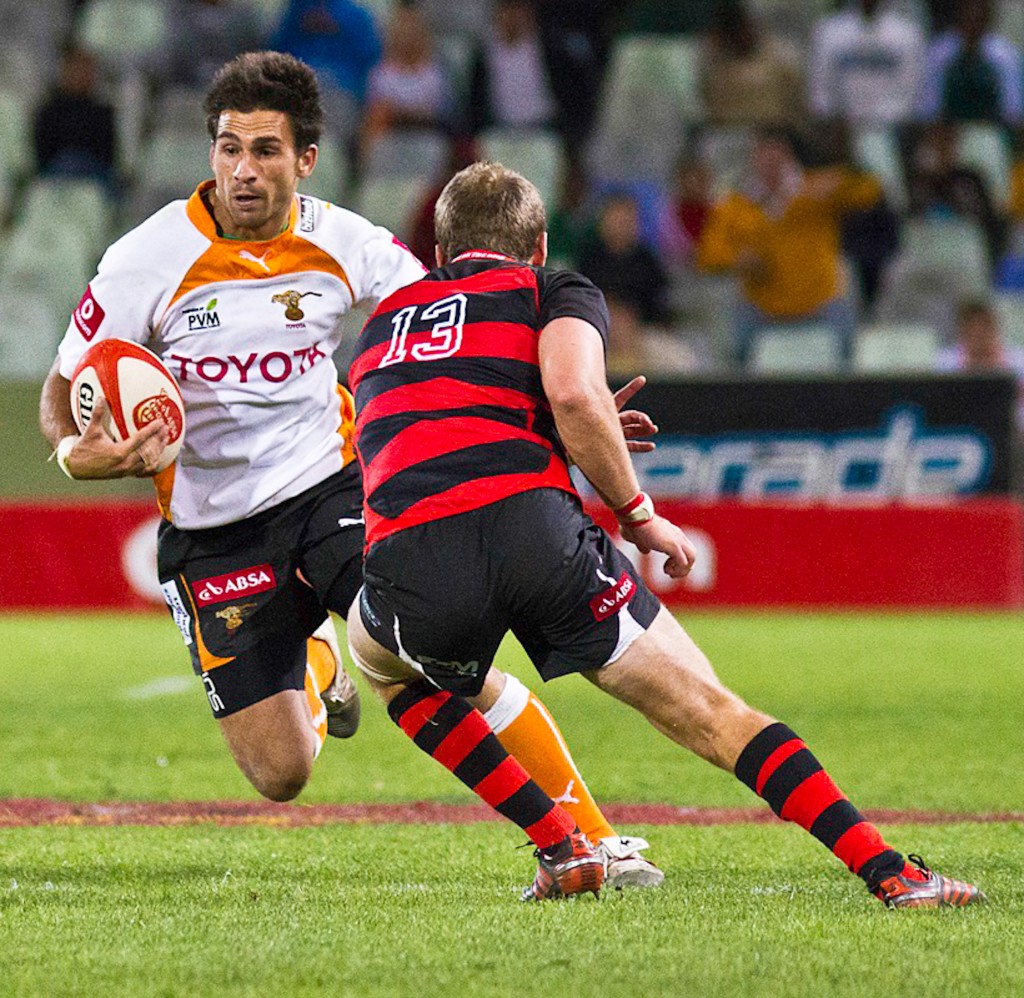 Robert Ebersohn of the Cheetahs lead his side from the front in the second ound of the Promotion-Relegation series against the EP Kings. Photo by Jako Pienaar.

THE Toyota Free State Cheetahs made sure of their place in next year’s Absa Currie Cup Premier Division when they beat First Division champions the Eastern Province Kings 16-6 in Port Elizabeth on Friday night to register a clean sweep in their two-match promotion-relegation series.

The Cheetahs, who were forced to fight for their place at the top table of South African rugby after finishing bottom of the six-team Premier Division log, won 69-20 on aggregate, following their 53-14 first-leg victory at the Free State Stadium in Bloemfontein a week ago.

The Kings earned the right to play in the promotion-relegation series after Alan Solomons’ men topped the First Division log at the conclusion of the competition’s round-robin matches.

For the Kings, another season in the First Division now awaits. But before then, all eyes will be on the Eastern Cape side as they switch their attention to an altogether bigger challenge: preparing for their debut season in Vodacom Super Rugby.

The match was never going to be a spectacle, especially with rain belting down into the Nelson Mandela Stadium, and any chance the Kings had of making a go at the huge deficit they came into the fixture with was gone before halftime when halfback Falie Oelschig was red-carded for a punch.

Not only did they have to win by 40, but they also had to deny the Cheetahs a try-scoring bonus point.

It was never likely to happen, but they deserve credit for an improved performance. Indeed, for most of the match the Kings led on the scoreboard against a Cheetahs side that seemed to go through the motions.

The Kings were certainly the better side in the first half, and had two penalties by George Whitehead to thank for their 6-0 halftime lead.

But deep in the trenches, the remarks column will not mention Sias Ebersohn’s two misses from close range, while Falie Oelschig’s red card and a few big injuries to the Cheetahs were the only real talking points from the stanza.

Oelschig probably ended what chance his team had of going for the victory when he tried to wrestle the ball away from stand-in Cheetahs captain Robert Ebersohn, then popped a short punch that prompted the TMO to recommend a red card.

That decision effectively ended the game as a spectacle as well, but the Cheetahs were still unable to break through until midway in the second half when Nico Scheepers finally put through a penalty.

From there it was only really a question of how long the Kings could hold out. Several phases later and the inevitable try came, to flyhalf Ebersohn.

Scheepers added two late penalties to seal the match – and the Kings’ fate in the First Division for another year.

Top 10 First Division point-scorers for the season (up to & including Final):