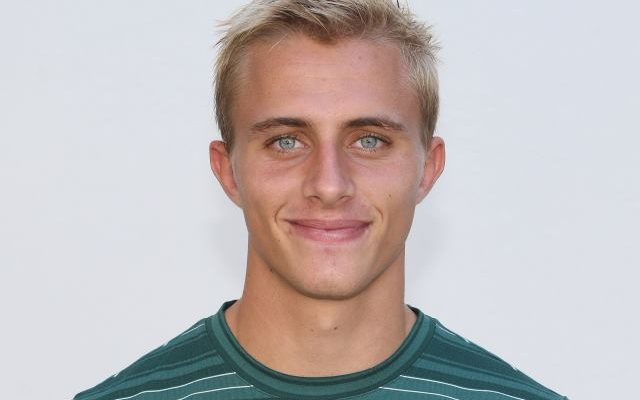 SA Rugby Sevens Academy player, Marco Labuschagne, has joined the Springbok Sevens team in London for this weekend’s HSBC London Sevens after Tim Agaba was ruled out because of a knee injury he sustained in Paris last weekend.

Agaba will be replaced in the 12-man squad by Sandile Ngcobo, who travelled to Paris as the official reserve player, and Labuschagne will now fill that vacancy in the touring squad.

The 19-year-old Labuschagne, who matriculated from Voortrekker High School in Bethlehem last year, has been with the SA Rugby Sevens Academy in Stellenbosch since the beginning of the year and was extremely happy and proud to get the call-up.

“I am so excited,” said Labuschagne.

“This is a massive opportunity for me, even if I don’t get a chance to play. Just to be with the squad and experience the series is already a highlight for me.

“The Academy has been great for my development as a player and amongst other things, taught me patience. Coaches Marius Schoeman and Paul Delport are really good in what they do and I have learned so much from them. We all want to play, but sometimes you have to wait your chance.

“The important thing though is to make sure you are ready when offered that opportunity. Guys such as Stedman (Gans), Selvyn (Davids), Dewald (Human) and Ryan (Oosthuizen) all got opportunities and now it might be my turn,” enthused the former Griffons Coca-Cola Craven Week player.

“It is fantastic to have yet another one of our players being called up, as it shows that we are fulfilling our mandate to develop the next tier of potential Blitzboks. Marco will do well if called upon, he is a well-skilled player and has developed really nicely this year,” said Schoeman.

“This is a great pathway, thanks to Neil’s willingness to give these guys the opportunity and we are really grateful for that. There is really a good understanding between us and the senior squad and it is something we are keen to maintain,” said Schoeman.

Schoeman meanwhile assembled a squad that will play in the Howard Hinton Rugby Sevens Tournament in Tours, France on 27 and 28 May. Human, Oosthuizen, Ngcobo and Labuschagne are expected to join up with the squad in France after the HSBC London Sevens, but Schoeman will name the remaining players by the weekend.

Amongst the hopefuls are Tythan Adams, who recently returned from Scotland, where he played for the Selkirk club as part of a rugby exchange programme of the Gold Cup tournament.