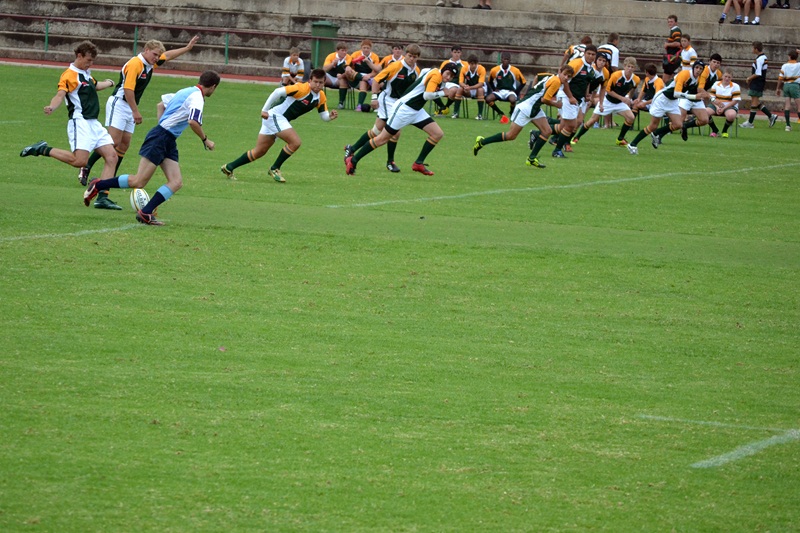 Ben Viljoen travelled from Groblersdal to Pretoria where they faced the second stringers from Affies in a stop start affair that saw Affies 2nd XV beat Ben Viljoen 21 – 12 after leading 10-3 at the break.

The match was dominated by handling errors, penalties at the breakdown and errors at the set pieces. This meant that neither of the two teams could get any momentum going with a slippery ball due to earlier rain not helping much either.

Ben Viljoen dominated possession in the first half and flyhalf Kobus Maree opened the scoring with a beautiful drop-kick from just inside his own half to put Ben Viljoen ahead 3 – 0. Affies withstood another Ben Viljoen onslaught before they regrouped and launched a few attacks of their own by creating acres of space for their wings. Unfortunately their finishing and handling was not up to standard and they had to settle for the equalizer through a Winston Langridge penalty.

It wasn’t long before Affies were back in the Ben Viljoen half. This time they remained calm and caught the Ben Viljoen defence napping after quick tap, which saw flanker Ricus Wannenburg dot down under the uprights. Langridge converted tp put Affies 10-3 ahead at the break.

The second half was very scrappy and a mixture of good defence and bad handling saw most of the match being played in the center of the pitch. Maree and Langridge each slotted penalties early in the second half with Maree getting another penalty later on to keep Ben Viljoen’s hopes alive. After numerous frustrating moments on the tryline, scrumhalf Louis Venter eventually scored Affies’ second try with a  pick-n-go from a ruck to power over the line and put his side ahead 18 – 9 with little time left on the clock.

Ben Viljoen gave it one more go from the restart but when they conceded yet another penalty and Affies cleared their lines, the referee blew the final whistle with Affies 2nd XV victorious 21 – 12 over the boys from Groblersdal.

Other results for the day included: 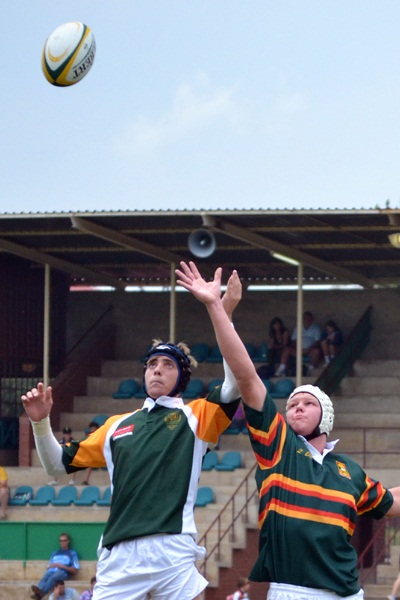 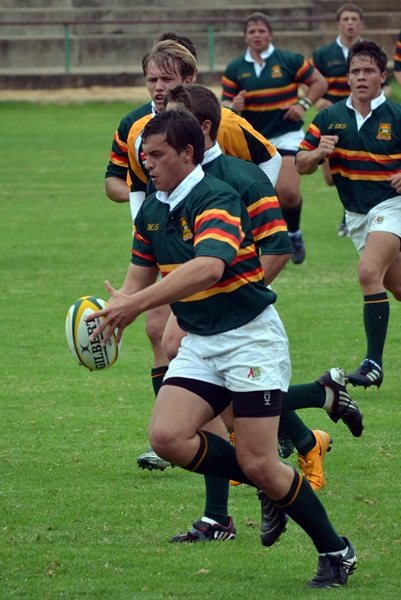 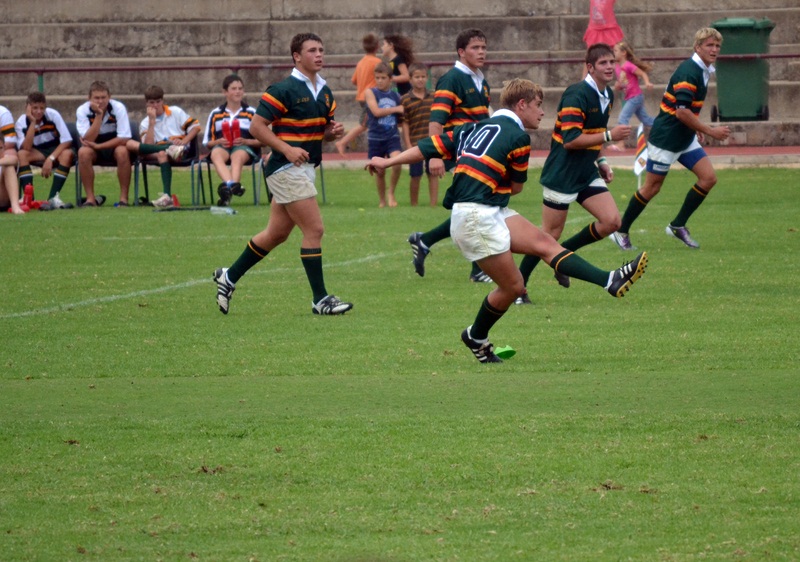 Langridge sealing the victory for Affies 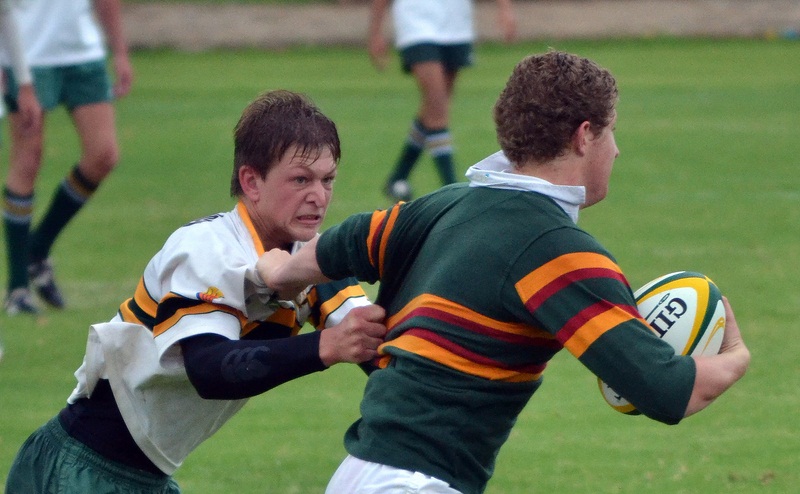 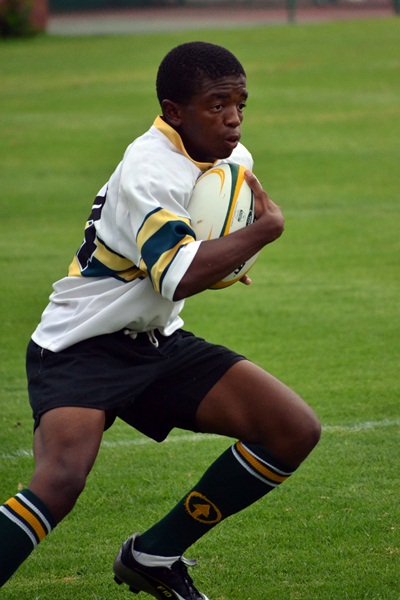