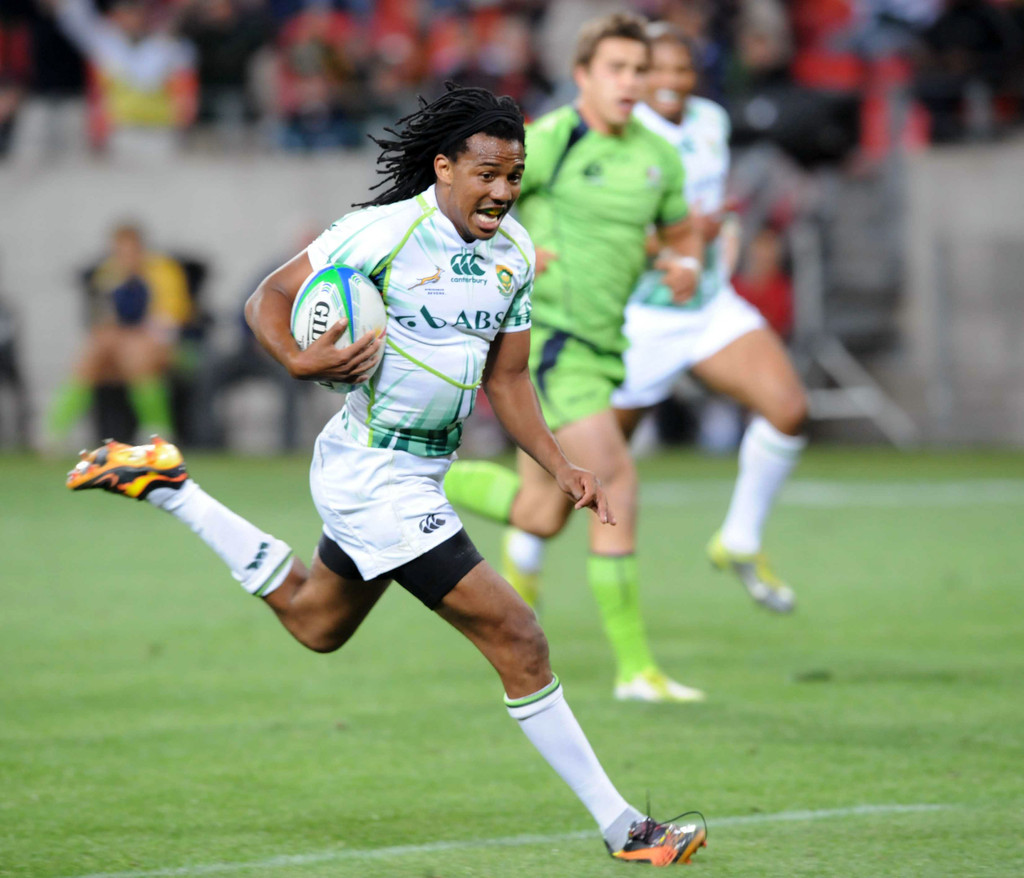 Cecil Afrika has returned to the Springbok Sevens squad for the Cell C Nelson Mandela Bay Sevens tournament after missing round two of the HSBC Sevens World Series last weekend in Dubai.

Afrika, the former IRB Sevens Player of the year, is one of three chances to the squad that will play in South Africa’s home tournament in Port Elizabeth. Cheslin Kolbe replaces Kevin Luiters while Bernado Botha will start in place of Steven Hunt who was ruled out because of an ankle injury.

The Blitzbokke will be captained by Frankie Horne who will play in his 44th consecutive World Series tournament. Horne will also equal the SA Sevens tournament appearance of Fabian Juries.

Paul Treu, the Springbok Sevens coach, said at the team announcement press conference on Thursday in PE that his team was well aware of the home fans’ expectations for them to perform well.

“We know the fans expect us to do well and we will do our best not to disappoint them. It’s nice to have Cecil back because he is such an important player for us.

“We took Steven for scans this morning and the results on ankle were not good, so we decided not to risk him and rather play Bernado instead,” said Treu.