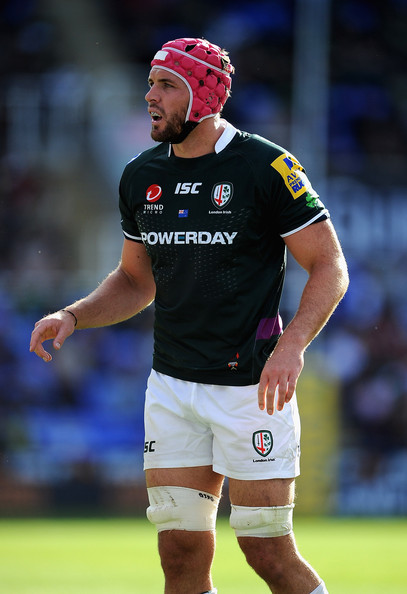 New Zealnder Bryn Evans in action for the "Exiles". Photo by Getty Images.

The second row forward, who joined the Exiles in September 2011 from the Hurricanes in Super Rugby, has made 35 appearances for the Exiles, scoring three tries.

Bryn has added real mobility to the London Irish pack over the last season and has been impressive at the set piece and in the loose.

The New Zealander, who stands 196cm and weighs 115kg said: “I am so proud to be a part of this Club, and I am looking forward to extending my time here by another two seasons. There is a very strong group of young players emerging with a huge amount of potential and I can really see the squad moving forward in the right direction with these guys around.”

London Irish Director of Rugby, Brian Smith said: “Bryn Evans is a very important player for the club. He runs our lineout and is a key member of the leadership group. On top of that Bryn brings a lot of rugby intelligence to the team and he’s a very popular and respected member of the group. It’s fantastic he’s committed to the London Irish cause. He is one of the true believers”.