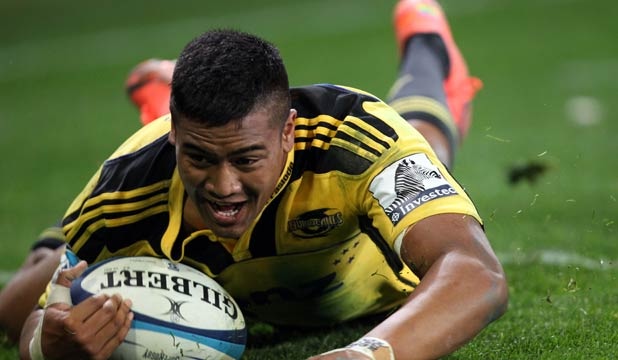 All Black Savea set to stay with Wellington and Hurricanes

All Black Julian Savea pledged his allegiance to the Ricoh Wellington Lions and Hurricanes today, signing on for another two years.

Savea announced his intentions to stay in Wellington via Twitter this evening.

Wellington Rugby and Hurricanes chief executive James Te Puni said: “Julian is a homegrown talent and I am thrilled that he will be taking the field for both Wellington and the Hurricanes for the next two years.”

The international winger said he had taken time to carefully consider his options, but at the end of the day, it was his home province that came out on top.

“I grew up in Wellington, I’ve played all of my rugby here, and it means a lot to be able to call myself a Wellington Lion and Hurricane. I’m excited about signing on for another two years.”

Savea said he looked forward to being a part of the Hurricanes environment in 2014.

“There’s a great culture building within the team and I know we all want to do big things this season. We all have that same goal.”

“We’ve seen him grow and develop over the last two years through his involvement with the Hurricanes and the All Blacks, and we want that to continue. He’s gone from being this quiet guy going about his job, to a real leader within our squad.”

Not only would the team benefit, but the fans also, Hammett said.

“Julian’s an exciting player for the fans to see out there on the field and that’s an important part of it as well.”