All Blacks team for RWC Final against France 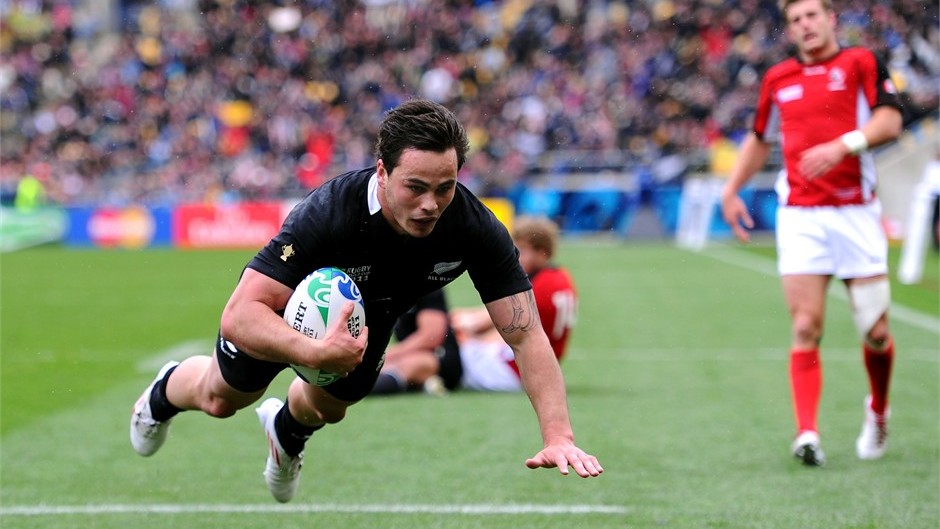 All Blacks Coach Graham Henry and his Assistant Coaches Steve Hansen and Wayne Smith have today announced the All Blacks team for the 2011 Rugby World Cup Final against France at Eden Park, Auckland, on Sunday October 23, naming an unchanged starting XV from the side that beat Australia 20– 6 in last weekend’s Semifinal.

Number of Test caps in brackets

The All Blacks will again field a hugely experienced team, with 708 caps in the starting XV, with the side again captained by flanker Richie McCaw in his 103rd Test.  The only change on the bench sees Adam Thomson, who has recovered from his high ankle strain, replace Victor Vito.

Graham Henry said: “This is the biggest game of the players’ lives and there is obvious excitement and anticipation at what lies ahead. To be playing in the Final of the Rugby World Cup in front of our home crowd is going to be massive and a very special occasion for the team as well as our fans. The support the team has received from New Zealanders throughout the Tournament has been incredibly humbling and we know the country will be right behind us on Sunday night.”

Meanwhile, a number of milestones will be achieved by various All Blacks this weekend.

McCaw and fellow loose forwards Jerome Kaino and Kieran Read will become the most-capped loose forward trio in All Blacks history, playing their 21st Test together, one more than the trio of McCaw, Rodney So’oialo and Jerry Collins.

The All Blacks:  With a history extending more than a century, New Zealand’s national rugby team, the All Blacks, is the most successful international rugby team of all time and one of the most successful teams in world sport, with a winning Test record of 75 percent. The All Blacks won the inaugural Rugby World Cup in 1987 and play Australia and South Africa annually in the Investec Tri Nations tournament, which New Zealand has won 10 times in 15 years, including from 2005-2008 and in 2010. The All Blacks have also secured four Grand Slams against the Home Nations, in 1978, 2005, 2008 and 2010. Coach Graham Henry and his assistants Wayne Smith and Steve Hansen have coached the All Blacks since 2004 and have extended the team’s winning record in that time to 86 percent. In 2010, the All Blacks were again named IRB Team of the Year and Henry won his fourth IRB Coach of the Year Award.