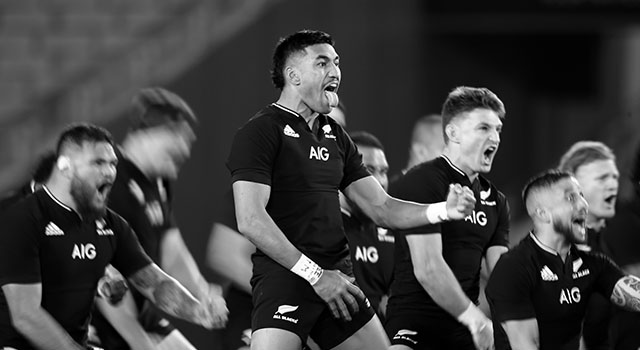 The All Blacks team has been named to play Australia in the Fortinet Rugby Championship Test at Optus Stadium, Perth, on Sunday 5 September, (Kick-off: 2.00PM AWST, 6.00PM NZT).

There is just the one change from the starting forward pack from the Bledisloe Cup-winning Test in Auckland last month, with lock Scott Barrett coming in for Samuel Whitelock in the second row. Patrick Tuipulotu has a tight groin which sees Tupou Vaa’i come onto the bench for his first Test of 2021. Ethan Blackadder also comes onto the bench as loose forward cover. Ardie Savea will captain the All Blacks for the first time at number eight.

In the backs, Brad Weber gets his second start at halfback in his 11th Test, with TJ Perenara to provide impact off the bench. Beauden Barrett is at first five-eighth while Anton Lienert-Brown returns from injury at centre, outside David Havili. Rieko Ioane moves to the left wing, Will Jordan is on the right wing and Jordie Barrett is at fullback. Damian McKenzie and George Bridge are the other back reserves.

All Blacks Head Coach Ian Foster said: “We are ready, and the team is really determined to finish off this block of Tests against Australia with a top performance. We’ve had a really unique situation going into this Test, with quarantine back in New Zealand and a ‘soft’ quarantine here in Perth, but the work that has gone in preparing the players has been outstanding, so when the whistle goes on Sunday, we’ll be ready.”

Foster added: “In the forwards, we have picked a group that is most recently battle-hardened. A lot of them played in the first two Bledisloe Cup Tests, so it’s right to go with them in this Fortinet Rugby Championship Test.”

Commenting on the halfback selection, Foster said: “Brad has been with us through the Steinlager Series and coming into the Rugby Championship, we really wanted to build the nine combination, especially with Aaron not here and to complement TJ’s leadership and experience, so this is a great opportunity to put our faith in Brad to start the Test.”

Foster said the team was excited to be playing in front of a sell-out crowd in Perth this weekend.

“Perth has a great rugby culture and we know that there are a lot of Kiwis living here who will be at the game, so can’t wait to hear their support on Sunday.

“Covid has again forced so many changes this year and we especially think of cities like Dunedin and Wellington that have lost Test matches they had hoped and planned for, so it’s great to be able to celebrate having this Test match here in Perth,” he said.