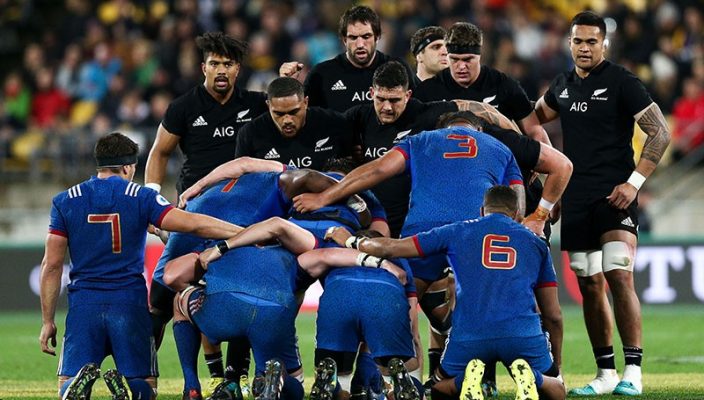 The All Blacks will play the opening game of Rugby World Cup 2023 against traditional rivals France, with the match schedule for the global tournament announced overnight.

The All Blacks will play France, Italy and two yet-to-be-determined qualifiers (Africa 1 and Americas 1) in Pool Play at the Tournament, with the All Blacks vs France match to be played on Friday 8 September 2023 at Stade de France in Paris.

The All Blacks then head to the south of France to the city of Toulouse to play Africa 1 a week later on Friday 15 September at Stadium de Toulouse.

The team’s last two Pool games will be played at Parc OL, Lyon: Italy on Friday 29 September and Americas 1 on Thursday 5 October. Kick off times for all matches will be announced by the Tournament in due course.

All Blacks Captain Sam Cane said: “The Rugby World Cup is the pinnacle of a player’s career and the 2023 tournament looks set to be as memorable as ever. Even though it’s still a few years way, and we don’t yet know who two of the teams in our pool are, it’s exciting to have the match schedule confirmed.”

The All Blacks have played France seven times at RWCs, the most of any country, and Italy five times, with the 2019 match in Japan cancelled (because of Typhoon Hagibis).

“It’s going to be a massive occasion playing France in the opening match of the Tournament. Matches between our two sides have been some of the most celebrated games in our history, so it’ll be fantastic to meet them once again,” Cane added.

“Italy have also been a regular opponent at Rugby World Cups for us and it was a shame our match in 2019 was cancelled, so it’ll be great to play them again.”

As with previous Rugby World Cups, the tournament will feature 20 teams divided into four pools of five teams. Twelve teams have already qualified for Rugby World Cup 2023 with the eight other teams to come from qualifying matches over the next few years.

The Americas 1 position will come from a playoff series between the 2021 Rugby Americas North champion and 2021 Sudamerica Rugby champion. Africa 1 will be the winner of the 2022 Rugby Africa Cup.

The All Blacks have won the Rugby World Cup three times: the inaugural competition in 1987 and back-to-back titles in 2011 and 2015.