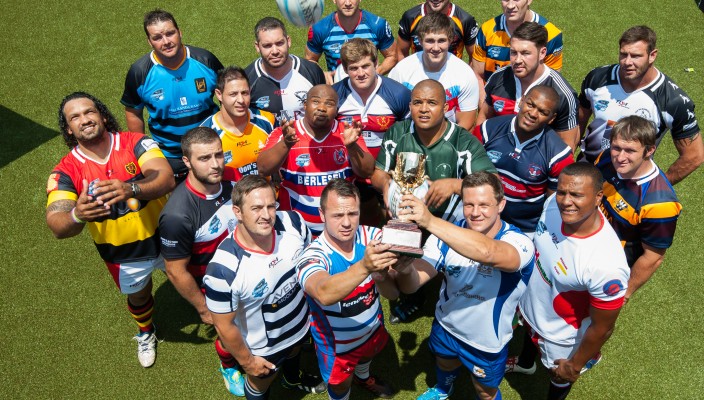 THE third edition of the Cell C Community Cup was launched in Johannesburg on Tuesday with big rewards announced once again for the top performers in this year’s national championship for non-university clubs, which kicks off next week.

The tournament, which gets underway on 21 February with a match in Pacaltsdorp that will be broadcast live on television and radio – a first for South African club rugby – will once again feature 20 sides in four pools of five in a Rugby World Cup-style format.

After the group stage, which encompasses 40 matches at club venues across the length and breadth of South Africa, the top two teams from each pool will progress to the Easter play-offs, which will be held this year at Rustenburg Impala Rugby Club from 2-6 April.

“In just two short years, the Cell C Community Cup has sparked a revival amongst open clubs and the level of professionalism amongst clubs has risen exponentially,” said SARU CEO, Jurie Roux. “The revival of open club rugby is long overdue and it’s now much easier to re-imagine a rugby landscape in which club rugby is restored to prominence and, most importantly, youngsters leaving school don’t give up the game.”

Cell C’s Executive Head: Marketing, Dr Doug Mattheus, echoed Roux’s views. “Since coming on board in 2013 as title sponsors we’ve seen interest build around club rugby and it’s something special to be a part of,” he said. “We’re also very excited to see the tournament move to Rustenburg for the Easter weekend, which will add a new dimension.”

It was also announced at the launch that this year’s player, young player, coach and manager of the tournament will once again be rewarded with international exchanges to top UK clubs.

“We are proud to be involved in SARU’s international exchange programme and would like to build on what we achieved in 2014,” said Deputy British High Commissioner, Peter Boxer. “Last year, player of the year, Michael Nienaber, spent time at Premiership side Gloucester while coach of the year, Alistair Alexander, and manager of the year, Steve Prinsloo, went to Sale Sharks. Young player of the year, Chaney Willemse, has just returned after a three-month stint at Scottish club Selkirk.

“It was an unforgettable experience for all involved and we will look to reveal similar rewards in due course for this year’s performers.”

The Southern Cape town of Pacaltsdorp will host the tournament’s opening match on 21 February, when SWD champions Evergreens play Boland champions One Logix United Bulk Villagers Worcester at the Pacaltsdorp Sportsgrounds, in a match that will be broadcast live on TV (SuperSport 1/HD, 14h00) and radio (Eden FM, 87.8-103.6 FM & on www.edenfm.co.za).