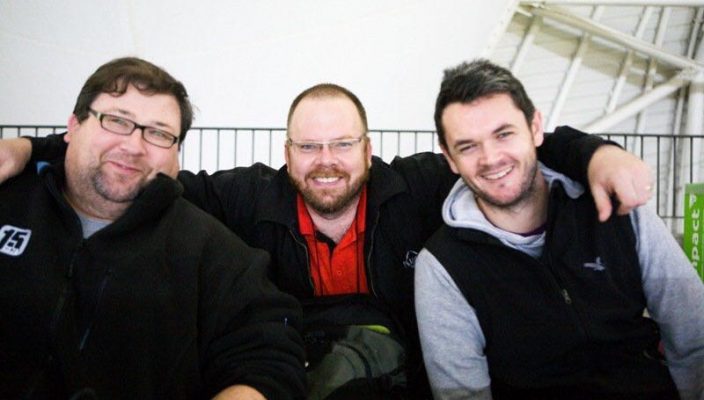 An Eulogy: The life of Sean Hutchinson

Sean’s death was sudden, but his life was not faint.  His memory will always be with us, and his legacy will continue through the rugby fifteen website that he helped to grow.  Sean would smile if he were here with us today.  He would have some funny story to tell to make everyone comfortable, and we would for a moment forget our sadness.  I will miss my friend dearly, but I am so grateful for having known him.

Our journey together started about seven years ago when Sean moved to Port Elizabeth and he was looking for accommodation. He loved to tell everyone about the night we met, as he accidently went to the wrong house. They were having a party and he asked for me and was offered a few drinks while he waited for me. He sat there for a few hours socialising and chatting before realising that he was in the wrong house when I phoned him to find out where he was. 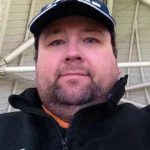 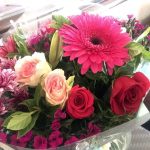 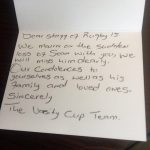 Sean was a man after my own heart, an avid sport fan, of all things sport but especially rugby. He lived and breathed rugby twenty four seven and we spent many countless hours together watching rugby on TV and attending rugby and cricket games. I would even go so far as to say he was the biggest fan of rugby ever. His journey with rugby began at school where he played for the first team. He also played for EP for many years and then a most unfortunate accident put paid to his rugby career. He stepped into a nest of hundreds of spiders and was bitten all over his legs, which after many visits to the doctor never came right. His legs were continuously in pain and he would battle to get around, but even this did not stop his love of rugby. Sean, Carol and I would attend rugby games together and he would comment on the EP King Armies website. He had such good comments that this was picked up by Nelio the owner of rugby fifteen who approached him to help him with the rugby website. He was in his element while running the website and became known and admired by all the rugby fraternity. As was said on the website after he passed, ‘He was the most hard working member of all the people running the site”. There were weekends when he would not sleep the entire weekend. Nelio told us that tons and tons of people are mourning his loss and that his family and friends can be very proud of him. People even called him a legend on the website which he was. The house would ring with cheers as South Africa scored a try and should South Africa be behind and come through with a win. He would say. I never doubted them for a minute. He was even invited to go to the London Seven’s Tournament this year and had to decline due to his legs, but he was contemplating going to the Olympic Games Seven’s Tournament if his legs were better.

He was always there for us and if anyone had a problem with their phone or computer they would go to Sean to fix it. He was extremely intelligent and a wiz with electronic devices. He would always go out of his way when Carol and I needed assistance with anything. When Carol and I moved we offered to put him up in a Wendy House we bought especially for him, but no this didn’t last long, he would say it’s way to cold out there and he would sleep on the couch inside, but I think it was more a case of he wanted to chat and joke with us inside as he even slept inside in summer.

He was a very stubborn person and Carol and I would constantly ask him to go to the doctor about his legs, but no, he wanted to treat himself. The night he died Carol asked him if we could take him to the hospital, but he gave a typical reply of not yet. His heart gave in later that night after battling flu and fevers all week and now he rests in peace with no pain and no worries, but he has left a big hole in our hearts. It was a heart wrenching experience and even Lala our Rottweiler, who he always said was his baby, is mourning his loss. She keeps looking for him and if dogs could cry I swear she was crying tears last Saturday morning.

What I will miss about Sean was his humour and witty comments. He always had a quick comeback when you joked with him. He would constantly tease Tembeka our helper who has been with us throughout Sean’s stay with us. There are days when Carol would say to Sean I feel like a chicken, as he had a contact for chicken and would always buy it for the house. At times we would joke and say do you want chicken, chicken or chicken and he would reply chicken of course.

A truer friend I could not of had. Rest in peace my dear, treasured and kind hearted friend. We will always remember you, as you were like family to us. Our condolences go out to his family and anyone else who was privileged enough to meet the great man. We will miss you Sean.