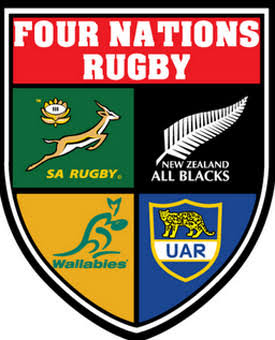 SANZAR, a joint venture between the rugby unions of Argentina, Australia, New Zealand and South Africa, is delighted to announce the appointment of Andy Marinos as the organisation’s Chief Executive Officer who will formally commence on 1 January 2016.

The South African, who is no stranger to the position having previously served as CEO between 2008-10, brings a wealth of business and rugby experience to the role, both as an administrator and professional player.

Marinos re-joins SANZAR from the South African Rugby Union (SARU) where he has served as General Manager of Commercial & Marketing for the past five years, in addition to SARU Acting Managing Director and Board Member (2008-10), Springbok Team Manager (2008), Manager of South African National Teams (2005-2010) and World Rugby Sevens Advisory Group (2008-2015).

As a player, Marinos represented the Natal Sharks and Sevens (1991-95), Western Province, Stormers and Sevens (1997-99) and Newport RFC and Newport Dragons (1999-2004) where he would later serve as CEO throughout 2004-05, as well as sitting on the Board of the Welsh Rugby Union during the same period.

He earned eight Test caps for Wales as well as playing rugby league where he would represent the Sydney (now Canterbury-Bankstown) Bulldogs and the South African Rhinos.

A dedicated family man with a passion for surfing, Marinos currently resides in Stellenbosch and is married with six children.

In accepting his new position, Marinos said: “I’m incredibly proud to have been given the responsibility of leading the ongoing growth and prosperity of Southern Hemisphere rugby.

“We are about to embark upon an exciting new expansion that will see us deliver the game to more countries, fans and commercial markets than ever before. The impressive performance of our four national teams at the recent Rugby World Cup was pleasing but the challenge for us is to not only ensure they remain at the top, but that we keep working to raise the bar even further both in terms of high performance and commercial success.

“I thank the Board for its confidence in me and look forward to commencing with this talented and dedicated team in the new year.”