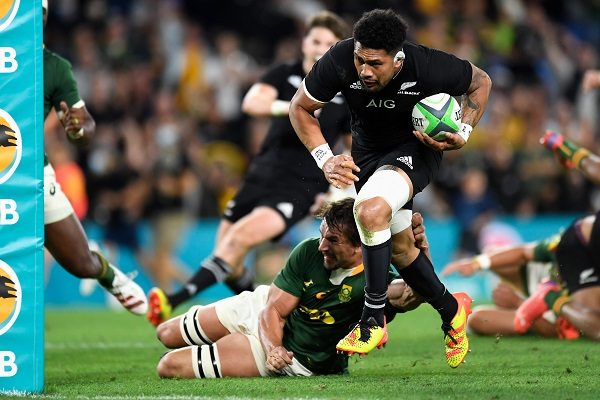 Ardie Savea recommits to New Zealand Rugby and the Hurricanes

All Blacks loose forward Ardie Savea has signed a four-year deal with New Zealand Rugby (NZR) which will keep him in Aotearoa through to the end of the 2025 season.

Savea, who captained the All Blacks for the first time in 2021 and produced consistently compelling performances throughout the Test season, has also extended his contract with the Hurricanes.

The 28-year-old said he was grateful to extend his contract with club and country and have certainty for himself and his family for the next four years.

“I’ve really enjoyed this season, both the good and the bad,” Savea said. “While it’s taken awhile to finalise my contract, my wife Saskia and I are very grateful that I’m able to play here in New Zealand for another four years. Our family is settled and happy in New Zealand and there are things I want to challenge and pursue with New Zealand Rugby, the All Blacks and the ‘Canes, both on and off the field.

“Right now, I’m looking forward to really getting away from rugby and getting mentally refreshed to come back and be better in the 2022 season.”

Savea has played 59 Tests for the All Blacks since his debut in 2016 and was a key figure in 2021, starting 10 of 15 Tests and captaining the team four times during the Fortinet Rugby Championship, becoming the All Blacks 70th Test captain.

As part of his new contract, Savea will have the option of playing his rugby offshore for a period of six-months during the 2024 season.

“Ardie’s been loyal to his club Oriental Rongotai, his province Wellington and to the Hurricanes in Super Rugby during his playing career and he’s continuing that loyalty by recommitting to New Zealand Rugby for another four seasons.

“His performances this season have been very strong, and it’s testament to the drive and passion Ardie has for the Hurricanes and All Blacks that he’s committed his long-term future to New Zealand. We look forward to his continued contribution to the teams and communities he represents so well.”

Savea has recommitted to the Hurricanes until 2023. He made his Super Rugby debut for the club in 2013 and has gone on to play 108 matches, captaining the side in 2021.

Hurricanes Head Coach Jason Holland said he was thrilled to have Savea back on board as the club prepares for the inaugural Super Rugby Pacific season in 2022.

“It’s great to get Ardie re-signed. He is a quality man, a key member of our team and a hell of a player so it’s awesome to have him recommit to the club.

“He has a wealth of experience, a calming influence as a leader and a competitive presence on the field which most certainly brings out the best in others.”