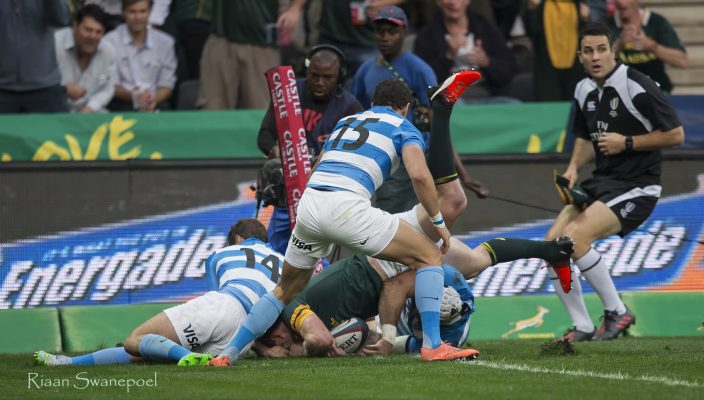 Argentina leave for their Australasian Rugby Championship tour on Friday with confidence boosted after last weekend’s win over South Africa in Salta.

They will play the All Blacks in Hamilton next weekend before facing Australia in Perth.

Los Pumas head coach Daniel Hourcade believes his team is getting greater consistency and adapting to the pace of play required in the Rugby Championship.

While their next fixture is against the world’s number one ranked team, the All Blacks, they were preparing their plan for the game.

“We will prepare a strategy to try to win as we have always done,” Hourcade told the Argentine Rugby Union’s official website.

“The aim of this tour, and every game we play, is to get better at the game. We want to correct the things that were not done well because we face the hardest tour in this tournament for us.

“We are looking forward to playing against the best team in the world who have come off a great series against Australia, but that does not intimidate us, on the contrary, it motivates us.”

A third player is out of the tour with centre Jeronimo de la Fuente failing a medical test. He has been replaced by Gabriel Ascarate.

Lock Tomas Lavaninihas already been ruled out of the tour as he has an anterior cruciate ligament injury which requires surgery and he is expected to be out for six months while wing Manuel Montero was unable to tour after suffering a torn thigh muscle.

Los Pumas are still bubbling after their win over the Springboks, their first against the two-time world champions on home soil.

Matias Orlando said the side had been waiting a long time for the win and achieving it this year was one of their goals in the Rugby Championship.

“We are very happy because we achieved this victory with a lot of work, doing on the field what we had been practicing in training,” explained the centre.

“We had a game plan and we won by sticking to that. There were injuries we suffered but we stayed committed.

“This will make us strong. This win is worth a lot because a lot of guys had to play in unfamiliar positions but they still succeeded.”