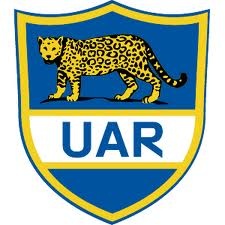 ARGENTINA TO TAKE ON THE WALLABIES AT TWICKENHAM

Apr 6 • General News, International • 1277 Views • No Comments on ARGENTINA TO TAKE ON THE WALLABIES AT TWICKENHAM

SANZAAR and Unión Argentina de Rugby have confirmed that The Rugby Championship match between Argentina and Australia will be played at Twickenham in London on 8 October 2016 with tickets going on sale this Friday.

The match marks the first in the history of The Rugby Championship to be played outside of the four core territories and is an opportunity the Southern Hemisphere to return to London a year after filling the top four places at the Rugby World Cup.SANZAAR Chief Executive, Andy Marinos, said: “While we witness the daring and exciting brand of rugby played by Southern Hemisphere teams on a regular basis, last year’s Rugby World Cup well and truly showcased that skill and flair to the rest of the world.

“Now, we are thrilled to announce that two of our national teams, Argentina and Australia will be returning to the United Kingdom some 12 months later to contest what will be a historic chapter of The Rugby Championship.

“Aligned with our intent to take this product across the globe, Argentina have embraced this by moving one of their home fixtures to Twickenham thereby affording an ever growing fan base in the United Kingdom with the opportunity to see two of the world’s most entertaining teams to compete for one of the world’s toughest trophies in front of a passionate rugby crowd at Twickenham.”

Carlos Araujo, UAR President said: “Playing again in Twickenham which is one of the main stages of rugby in the world, it´s fantastic for the UAR. The interest in the land where our game was born, to have the presence of the Pumas, speaks of the great growth we have.

“We will be bringing all the history of our rugby and Southern Hemisphere, with the Wallabies, to the Northern Hemisphere, in an unprecedented move. We are grateful to the Rugby Football Union for letting us be local in their stadium “.

“This year we will have many high level rugby games in our country. We have seven Super Rugby games at the start of the season. In June we travel with the Pumas to different places of the country and then will face the Springboks in Salta and the All Blacks in River for The Rugby Championship “.

Australian Rugby Union CEO Bill Pulver, said: “The Northern Hemisphere enjoyed a taste of The Rugby Championship with all four semi-finalists from the recent Rugby World Cup emanating from the SANZAAR competition.

“Our recent broadcast agreement with Sky Sports also indicates there is huge interest in the tournament in the UK. From an ARU perspective this is another fantastic opportunity to showcase the Qantas Wallabies to our fans based in England, as well as thousands of new fans.

“The two nations played out a thoroughly entertaining Rugby World Cup semi-final at Twickenham only a few months ago, so I’m sure fans in England will take the opportunity to see another open, attacking encounter between two teams who love playing with ball in hand,” said Pulver.

RFU CEO Ian Ritchie, said: “We’re delighted to have The Rugby Championship coming to Twickenham Stadium this October, the first time that one of its matches has been played in England. After welcoming so many teams and fans here during the Rugby World Cup, it’s fantastic to be able to open our doors again. We were treated to a great match between these two teams in the Rugby World Cup and I’m sure that it’s set to be another high octane encounter in the autumn.”

Tickets will go on general sale at 10:00am on Friday 8 April via www.ticketmaster.co.uk. Beat the rush and create your account to be first in line to buy!