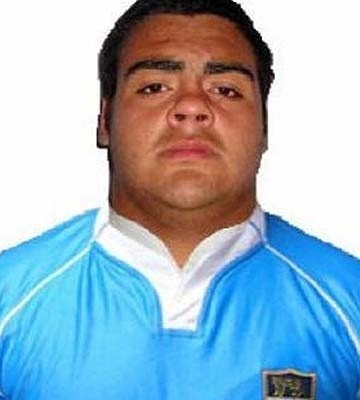 Argentinian Prop Signs with Highlanders For 2014

The Highlanders have announced today that young Argentinian tight-head prop Matias Diaz has signed a one-year deal with the Franchise.

20-year old Diaz plays for the Teqüe Rugby Club rugby in Argentina, and made his Test debut for the Pumas this year against Uruguay in the South American Championships.

Highlanders’ Head Coach, Jamie Joseph, commented that Matias will be a welcome addition to the team for the coming season.

“Matias is a good young player from what I have seen so far. He’s already proven that he can play at international level against the best teams in the world, so his talent is evident”

After making his test debut against Uruguay, Diaz the played for the Argentinian under 20 team at the IRB Junior World Champions in France. Diaz was then re-selected in the Pumas squad for the Test Championship and most recently played against South Africa in Soweto.

Highlanders’ General Manager, Roger Clark commented that signing Matias was a real coup for the Highlanders.

“We’re really excited about Matias joining the team for next season. There are not many quality tight-head props available in the NZ market, so to be able to confirm a young player of his potential is great news”

Diaz will join the Highlanders squad post his International commitments in November.