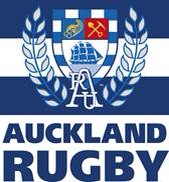 Auckland coach Paul Feeney has made four changes to the starting line up to face Wellington at Eden Park this Saturday (kick off 2.35).

With the All Blacks returning to camp, Ofa Tu’ungafasi and Joe Edwards are reinstated in the forward pack while Gareth Anscombe replaces Charles Piutau at fullback and Lolagi Visinia returns from injury to start on the wing.

“We think Gareth will be vital at fullback. He will be able to help Simon with the organisation and communication of the back line and adds a lot to our kicking game.”

Liaki Moli returns to the team after sitting last week out through injury but will have to make his impact from the bench with William Lloyd maintaining the starting jersey.

“Will and Jack put a lot of pressure on the Tasman lineout on Sunday, they were given the opportunity and have been rewarded for going pretty well.”

Wellington travel to Eden Park on Saturday without a win in the competition to date.

“If we were in the same position, heading down to Westpac Stadium, what would our mind set be? We know they will be motivated and I believe they’ve played better than the record shows.

Leon Fukofuka and TJ Faiane are set to make their Auckland debut from the bench.

Players will walk to the field on Saturday with their fathers and/or children to celebrate Father’s Day.