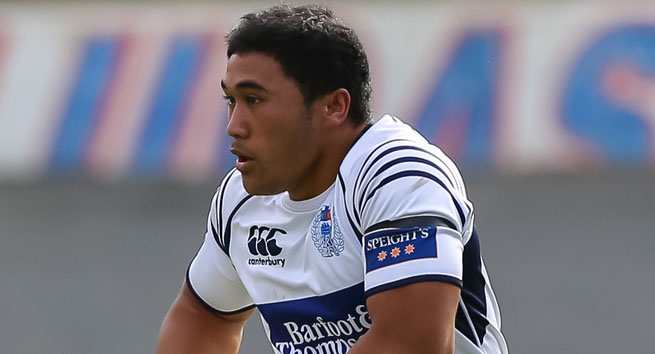 Auckland head coach Wayne Pivac has made five changes to his starting XV for Saturday’s clash with Taranaki in New Plymouth.

A number of changes are injury enforced, while a short three day turnaround between games has prompted Pivac to bring in some fresh legs.

Blues props Sam Prattley and Angus Ta’avao come into the front row in place of Pauliasi Manu and Ofa Tu’ungafasi, while Luke Braid starts at openside ahead of Sean Polwart who has shouldered a heavy workload over the last few games.

With Junior Poluleuligaga dislocating his shoulder against Counties Manukau on Wednesday night, veteran All Black halfback Piri Weepu claims the number nine jersey, while Vince Aso will make his first start for Auckland on the wing in place of George Moala who has a quad haematoma.

Sevens star Orene Ai’i has turned back the clock and is poised to make his first appearance for Auckland since 2005 after being named on the bench.

Pivac said playing their third game in seven days posed a big challenge for his side.

“It would have been a lot bigger had we dropped the Bay of Plenty game or the Counties game or both, so getting a couple of wins and not playing as well as we would have liked as a group the guys are pretty determined to get down there and put together an 80 minute performance,” Pivac said.

“We’re against the odds with a three day turnaround and having to travel down there against a Taranaki team that’s hurting. It’s a must-win game for them so it’s going to be a good occasion.”

Despite Taranaki sitting at the bottom of the ITM Cup Premiership ladder with a solitary win to their name, Pivac was certainly not underestimating them and believed their position on the table belied their ability.

“It’s hard to read into Taranaki’s performances in that they’ve played clearly the teams that are in the best form in Wellington and Canterbury and they’ve lost to both those sides, as has everybody else that has played them,” he said.

“They’ve had one win away in Invercargill which is not an easy place to travel to and certainly back at home they’ll be targeting the remaining games to get up into that top four and to push even higher up the points table.”

The Auckland team to face Taranaki at Yarrow Stadium on Saturday afternoon (kick-off 2.35pm) is: