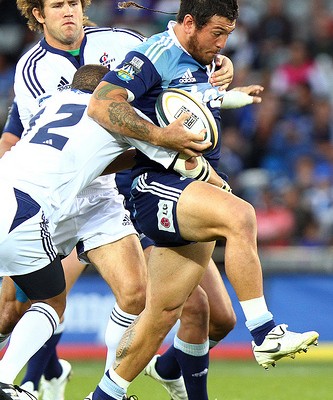 Auckland head coach Wayne Pivac has made just one change to the starting XV for Saturday night’s top-of-the-table clash with Wellington at Westpac Stadium (kick-off 7.35pm).

As he has done throughout the season, Pivac has rotated his props and brought loosehead Pauliasi Manu into the run-on team in place of Sam Prattley who shifts to the bench.

While Pivac was thrilled with last week’s victory over Canterbury, he said the team had moved on and were fully focussed on putting together another strong performance against Wellington.

“We always knew we had three big games to finish with Canterbury, Wellington and Otago but certainly the two big ones in the Premiership, so it’s half the job done really and that’s been our focus for the week making sure we can back that performance up from last week,” Pivac said.

Pivac believed Wellington would pose a much sterner challenge than Canterbury and said his side needed to switch on defensively to have any chance of overcoming the undefeated Lions.

“Canterbury have been playing the same way as Canterbury and Crusaders teams have for quite a while so we knew what we were going to be up against.

“Wellington are slightly different in that they move the ball wide a bit like Canterbury but they also like to rumble away with their forwards too so we’re going to have to be on our guard in terms of our defence and how we approach that.”

The Auckland team to face Wellington at Westpac Stadium on Saturday night (k/o 7.35pm) is: