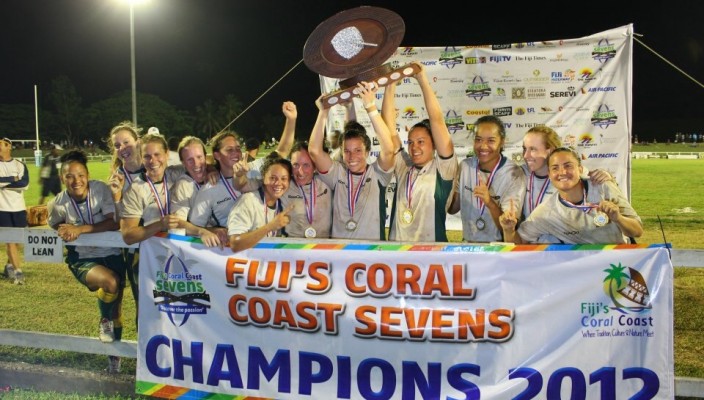 Captain of the Qantas Women’s Sevens team and winner of the of the 2013 Australian Women’s Player of the Year, Sharni Williams, will headline a strong Aussie Pearls contingent at the Fiji Coral Coast Sevens this weekend.

The Pearls will jet off to defend their title of Coral Coast Champions against 11 other teams in the tournament that runs from Thursday 14 – Saturday 16 November. 24 men’s teams will compete in this year’s tournament.

With teams from Australia, Fiji, New Caledonia and the USA; the Coral Coast Sevens highlights the growth in Sevens Rugby internationally during the build-up to the 2014 Commonwealth Games for men, and the 2016 Olympic Games in Rio de Janeiro for women and men.

The tournament will provide an opportunity for the players to sharpen their skills in preparation for the opening round of the IRB Women’s Sevens World Series in Dubai later this month.

In the path to the finals the Pearls will face Tribe – a Brisbane-based invitational-side and recent Central Coast Sevens champions – with local club Striders and debutants New Caledonia in Pool G.

Pool H sees two Sydney based teams, the Pacific Two Blues and Fiji Ranadi, competing for a place in the final stages of the tournament.