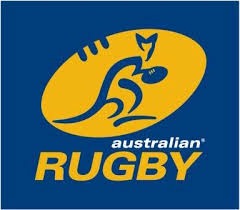 The Australian U20’s side to play Samoa has been named as the Australian side looks to start the Oceania Rugby Junior Championship off with a win against Pacific heavy weights, Samoa.

Australian U20’s Head Coach, Adrian Thompson was happy with the progression of his young charges in camp.

“The squad has already gelled together really well and we are looking forward to our first match against Samoa.

“The team we’ve picked has a lot of developing experience with Andrew Deegan to be our starting flyhalf after a successful tournament at the National U20’s Championship.

“We expect a tough physical battle up front from the Samoans and our forwards will need to be ready for that challenge.”

The Australian U20’s side will play Samoa at Bond University on the Gold Coast with kick off at 3pm.

In the first match of the Oceania Rugby Junior Championship Japan will challenge New Zealand with the match to kick off at Bond University at 1pm.

The matches will also be streamed through rugby.com.au.

With injuries impacting the side heading into the tournament there has been some changes to the original squad with Harry Jones and Campbell Magnay succumbing to injury through Club Rugby.

Melbourne Rebels flyer Jonah Placid is currently unavailable due to a groin strain.