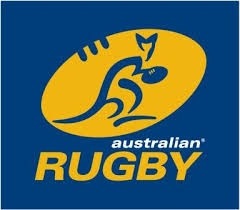 The Qantas Australian Women’s Sevens team has finished the 2013/14 IRB Sevens Womens World Series runners-up after slipping to defeat against eventual Champions New Zealand in the Cup Final of the Amsterdam Sevens (12-29).

Despite losing out on the team prize, it was double-awards delight for centre Emilee Cherry, who picked up the 2013/14 IRB Women’s Sevens World Series Player of the Year and top try scorer of the season (33 tries).

Against New Zealand in the Cup Final, it was the Aussies that had the better of the opening exchanges and their enterprise was rewarded when Sharni Williams forced a turnover at the breakdown to set up the simplest of tries for Emilee Cherry. A sustained period of pressure saw Shiray Tane break free to touch down for the Kiwis midway through the first half before NZ added two further tries straight from the kick-off after good work from Sarah Goss.

Carla Hohepa added another for NZ at the start of the second period and even though Ellia Green pulled one back, it was Kayla McAlister who had the final say when she raced clear to confirm NZ as winners of the Amsterdam Sevens and the IRB World Series.

Tries from the two of the IRB Women’s Sevens World Series Player nominees Emilee Cherry (two) and Charlotte Caslick were enough to see off a dogged Canadian side (17-0) in the Cup Semi-Finals. Canada, who have caused the Aussies more than a problem or two over the course of the season, simply couldn’t cope with Shannon Parry and co at the breakdown and created very little in the way of attacking opportunities throughout.

In the Cup Quarter-Finals, it was the Emilee Cherry show once again as the 21-year-old scored an astonishing 181-second hat-trick to see off Brazil. After her three-try haul, Cherry was rested and further tries from Sharni Williams and Alicia Quirk sealed a comfortable 33-0 win. The only dark spot being a collarbone injury sustained by Emma Tonegato in the second half that would see her ruled out for the rest of the tournament.

The runners-up finish in the standings was the best an Australian Sevens side has achieved in the IRB World Series since Glen Ella led the Men’s side to second spot in 2000/2001 and Qantas Women’s Sevens Head Coach Tim Walsh reflected on what has been a momentus year for Rugby Sevens in Australia.

“It has been a very productive year for Sevens in this country. Ant Eddy [General Manager – Rugby Sevens] and the ARU’s vision for an elite Sevens program has been rewarded with strong performances and an ever increasing popularity.

“We themed this year as our Establishment Year – as one of the world’s best. Establish our values, environment, culture and our professional home. We have achieved these goals and the challenge now is to continue to lead the world in Sevens trends and initiatives. We want to grow the game and develop talent and opportunity for future players.

“Personally it is a privilege to work in such an elite and supportive environment within the ARU, but it is the players that make my job exceptionally enjoyable and rewarding. Dedicated, determined and the ability to enjoy working hard enables us to continue to improve and grow as a team. We are already looking forward to next year, qualifying for the Olympics in Rio and ultimately aiming for a gold medal in 2016.

“Emilee [Cherry] has been absolutely outstanding all year and fully deserves the awards that come her way. She is an extraordinary talent. I must also praise the courageous leadership of our captain Sharni Williams, who has led from the front all season.”

“Women’s Rugby Sevens has had a massive year, from travelling to five different countries – Dubai, Atlanta, Sao Paulo, Guangzhou and Amsterdam – to moving away from our families and friends and centralising the program to the Academy of Sport in Sydney’s Northern Beaches. This move has aligned us with other countries. Now we train full-time and are always competitive at the IRB events we compete in.”