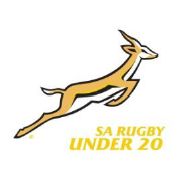 The South African u/20 side also known as the Baby Boks have crashed out of the 2011 IRB Junior World Champs in Italy after  they lost 26-20 to England in their final pool stage match.

The Baby Boks had plenty of chances to score and claim victory against an organised and physical England side, but a mixture of poor finishing by the Boks and good defense by England saw the Boks squander their chances and lose the match 26-20 after the scores were level at half-time with 11 all.

The Baby Boks, just as Australia, only lost one match but Australia goes through to the semi-finals as 4th seeds because of a favourable points difference.

The Baby Boks now have only pride left to play for as they face off in the 5th place play-offs against Ireland, while defending Champions New Zealand look set to claim their fourth consecutive title.