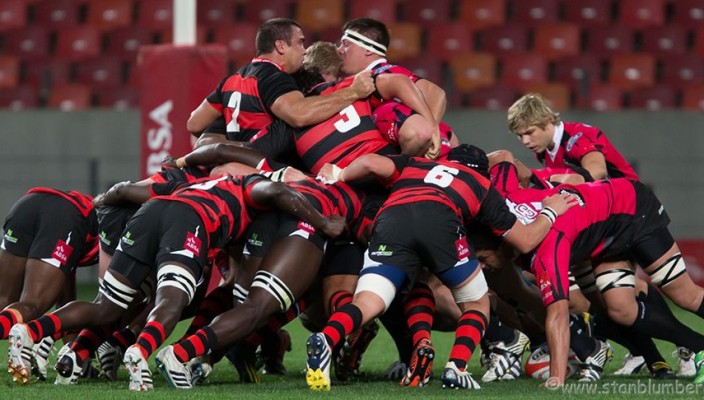 The Steval Pumas and Leopards will look to stretch their unbeaten runs in the Absa Currie Cup First Division on Friday, but for the Down Touch Griffons, Border and Valke the need to get their campaigns going will be the motivating factor as they need to keep alive their semi-final hopes.

In an action-packed Friday the Valke host the SWD Eagles in Kempton Park, the Regent Boland Cavaliers take on the Border Bulldogs in Wellington and the EP Kings host the Leopards in Port Elizabeth.

The Steval Pumas, meanwhile, will battle it out with the Down Touch Griffons at the Mbombela Stadium in Nelspruit.

With the Leopards boasting bonus-point victories in their first two matches and the team high on confidence, they will enter their clash against the EP Kings as favourites.

However, the home team also comes off a victory and they will be determined to capitalise on their home ground advantage, which could set the scene for a tightly-contested encounter. The forward battle, in particular, is expected to be decisive as both teams have strong packs.

The flyhalf duel between the Leopards’ Adriaan Engelbrecht and his opposite number Wesley Dunlop is expected to be equally influential.

In Nelspruit, meanwhile, the Steval Pumas will be determined to secure their third successive victory in the series against the Down Touch Griffons, who have yet to win a match this season. And while they are likely to achieve this after steadily finding their form and gaining winning momentum in the last two weeks, they will be conscious of the fact that they need to start delivering a solid 80-minute effort after slow starts in the last two fixtures.

With Tbilisi Cup-winning flyhalf Carl Bezuidenhout dictating play and his boot on song the Pumas are in good hands. The Griffons, meanwhile, have had to turn to their third choice flyhalf Tertius Maarman to control proceedings as Hansie Graaff and Louis Strydom are unavailable.

The clashes between the Valke and SWD Eagles, and the Regent Boland Cavaliers and Border Bulldogs respectively are also expected to be exciting. These teams will look to close the gap between themselves and the pace-setters to avoid falling too far behind with an eye on the semi-finals.

Fortunately for Boland and Border, they both showed signs of finding their form last week, which is expected to boost their confidence on the field.

The Valke will also take heart from the positives in their performances in the last two weeks, but will have to pay special attention to their defence to shut out SWD’s hard running backs.

Steval Pumas vs Down Touch Griffons