Big wins for EP, KZN at Coca-Cola U18 Craven Week 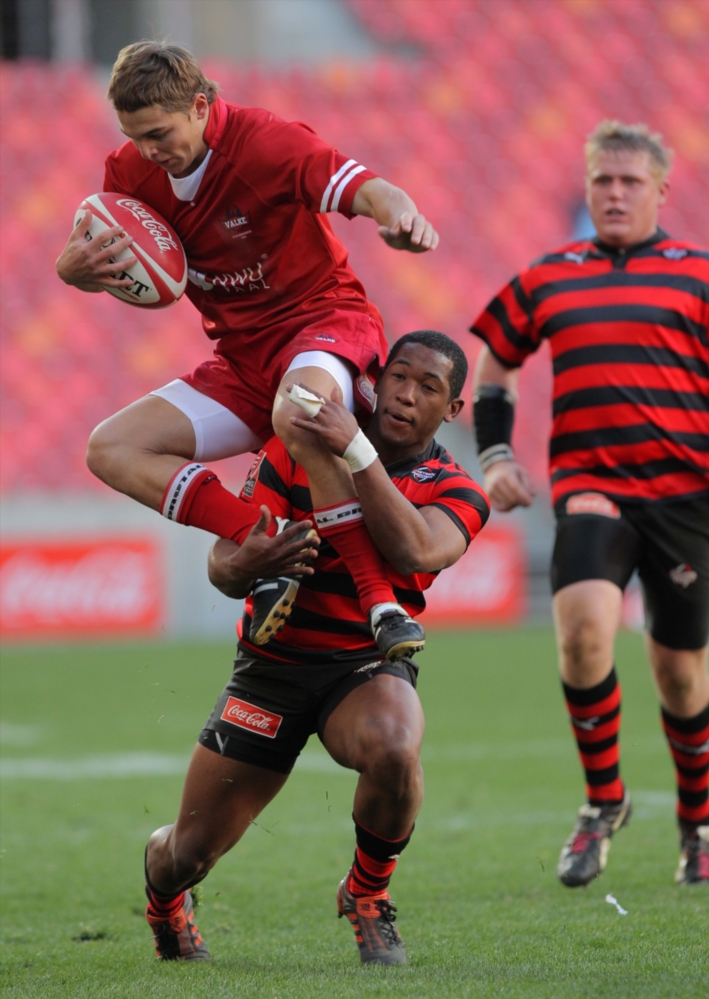 Day one action from the 2012 Craven Week. The hosts Eastern Province made light work of their opponents, the Valke from the East Rand. Photo by Carl Fourie /Gallo Images.

Hosts Eastern Province kicked off with a resounding win, but it was the performance of KZN that dominated talk on the opening day of the Coca-Cola Under-18 Craven Week at the Nelson Mandela Bay Stadium in Port Elizabeth.

Playing in the main curtain-raiser, KZN scored seven tries to run out unexpectedly convincing 48-24 winners over a disappointing Free State side, with fullback Jesse Kriel and right wing Bruce Arnott each grabbing a brace.

EP then gave the home crowd plenty to cheer about when they produced some excellent running rugby to beat the Valke 41-17, scoring five tries in the process. There were also wins on Monday for the Lions, Boland and Leopards.

Free State, who have played in the main match of the tournament for the past three years, were no match for the streetwise KwaZulu-Natalians, who racked up a 33-point lead at the break and led 48-10 before letting the boys from Bloemfontein in with two consolation tries in the final seven minutes.

In the main match, the hosts got off to a flyer, right wing Sergeal Petersen dotting down in the fourth minute for the first of his two tries, converted by flyhalf Ernst Stapelberg, for a 7-0 lead.

Stapelberg, who would finish with a personal haul of 16 points, and opposite number Ruan Potgieter then traded penalties before the EP No 10 broke beautifully from a scrum, with the final offload giving Petersen a second try underneath the posts.

Eighthman Aidon Davis scored EP’s third try on the half hour, converted by Stapelberg, but the Valke responded just before the break when lock Johan Oosthuizen went over for Potgieter to add the extra points and so cut the deficit to 14 points.

But any hopes of a fightback were dashed when EP scored two further converted tries within 10 minutes of the restart, to left wing Selvyn Davids and loosehead prop Matthew Moore.

Valke wing Leon Potgieter went over at the posts with eight minutes remaining, but it was too little, too late for the outgunned Valke.