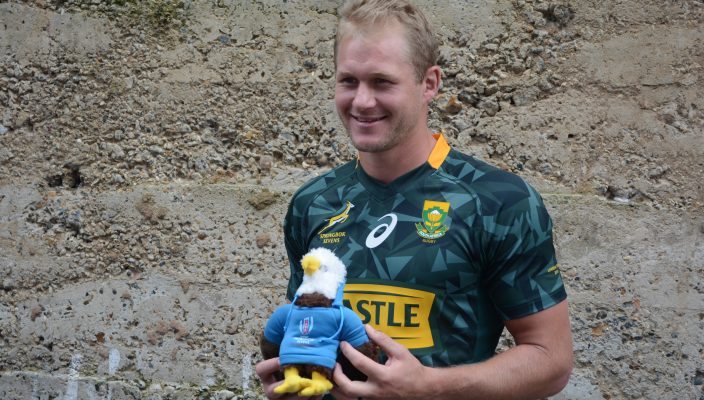 Blitzboks have the tools to do the job – Snyman

May 31 • General News, Sevens Rugby • 992 Views • No Comments on Blitzboks have the tools to do the job – Snyman

Philip Snyman is a two-time HSBC World Rugby Sevens Series champion, has been on the podium at the Olympic Games and captains the Springboks Sevens squad – South Africa’s current Sports Team of the Year.

However, for the skipper and his Blitzboks team-mates that will play at the HSBC London Sevens this weekend, there is a pretty strong feeling that more can be achieved.

A second World Series title in as many years is something the Blitzboks are aiming for in the next two weeks as the series reaches the last two legs in England and Paris respectively.

The South Africans trail Fiji by four points and need to overhaul the high-flying South Sea side to maintain their status as the top side in the world. Top of the podium at Twickenham on Sunday will be a great start and Snyman, playing in his 53rd World Series tournament, feels it can be done given the make-up of the Blitzboks squad.

“We have a number of old hands who have been here before, some exciting younger faces with their energy, and then off course, we have Seabelo Senatla back for the last two tournaments,” Snyman said.

“So there is a nice balance in the squad.”

Snyman himself is back after missing the Hong Kong and Singapore tournaments, and he believes the Blitzboks will deliver a very competitive effort.

“Guys like Ruhan (Nel), Justin (Geduld) and Branco (du Preez) missed those tournaments, so like myself, are very keen to get back and contribute. We are delighted to have Seabelo back and watching him at training in the last week or so, he is ready to go. He was a World Sevens Player of the Year and it is clear why, so we have a lot of confidence in his abilities.”

The 31-year old has worn the captaincy armband for the last two seasons, and with six tournament wins in that time, he knows the right buttons to push to get the best out of his troops.

“One basically has to make sure everyone is focussed on the process and what we want to achieve as a unit. If everyone ticks his own boxes, we can be a very competitive team,” Snyman said.

“It is time to go out and do the business. We want to go out there and play the rugby that we know we can, enjoy the moment and play with a smile on our faces.”

The top five sides on the World Series log standings are: