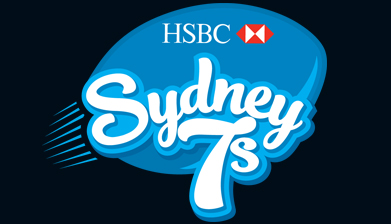 The Springbok Sevens squad have their plans laid out as they prepare to tackle Argentina, Samoa and France in Pool B of the HSBC Sydney Sevens this weekend, having arrived from Hamilton, New Zealand earlier on Monday.

It was an unhappy visit to the Land of the Long White Cloud, with three consecutive defeats at FMG Stadium Waikato a real dampener after the strong start in the opening two tournaments of the HSBC World Rugby Sevens Series.

The Australian tournament will be played on 1-2 February at Parramatta Stadium, with the venue being used for the first time.

It’s also a first for the Blitzboks to arrive in Australia on the back of such a disappointing performance in New Zealand, and team management are hard at work to make sure the departure back to South Africa next Monday is a happier one.

Springbok Sevens physiotherapist Hugh Everson said recovery of the players is top of the agenda at this stage.

“We have some niggles, so we will apply some ice and strapping to make sure the guys recover sufficiently and get rid of the inflammation and swelling,” Everson explained.

“We want the guys to be able to train at the expected levels when they return to the field tomorrow. So, massages, recovery pumps and pool sessions are as important this time of the week as tries, and tackles will be at the end of it.

“We are fortunate to have a professional squad and the players are really dedicated to make sure their bodies recover as well as it should.”

It will not only be the bodies that will be sore – a look at the stats from Hamilton will also hurt. The Blitzboks led the stats for possession surrendered, and that reflected in their results on the weekend.

All is not doom and gloom though and as the players recover, so will the knowledge that they are still in second position on the series log. The team’s commitment can also not be questioned as the Hamilton stats showed that only log leaders, New Zealand, made more tackles (218) than the Blitzboks (214).

The difference in the completion rate – NZ 70% and SA 66% – had a massive impact though. The Blitzboks are also second behind New Zealand (74) with tries scored, with 51 five-pointers thus far this season.