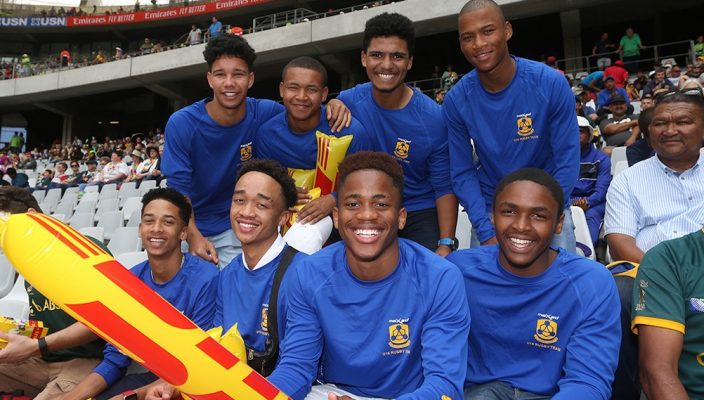 Playing in the Western Cape Sevens tournament had unexpected benefits for four of the participating teams after the Blitzboks handed them tickets to attend the HSBC Cape Town Sevens this weekend.

Teams from all over the Western Cape participated in the Western Cape Sevens – now in its ninth year – and the winners of the U11, U13, U16 and U19 competitions all received tickets to attend one of the most sought-after sports events in the country.

No less than 48 teams participated in the tournament played in Stellenbosch, and it would have been even more had the girls’ tournament not been cancelled due to protest action on the day of the event.

The organiser of the Western Cape Sevens tournament, Russel Carelse, said attending the HSBC Cape Town Sevens is a massive highlight for the winners.

“The focus this year was to encourage kids to do school work and to achieve good results,” said Carelse.

“We had our challenges this year, with the drought impacting on the quality of the fields used and there was protest action in the area where the tournament was played, but overall the Western Cape Sevens was again a huge success.

“We had teams from all over the Western Cape competing and we succeeded in our vision to make our kids play sport and enjoy the experience. We had to cut numbers this year due to the conditions of the fields, but will again extending the number of teams playing in 2019, when we will celebrate 10 years of the tournament.

“We want to thank the Springbok Sevens and Springbok Sevens Women teams for their involvement and special thanks to Branco du Preez, Veroeshka Grain and Zenay Jordaan, who are our tournament ambassadors.”