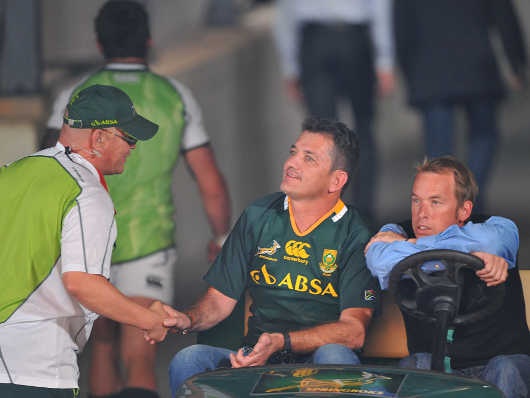 BLUE BULLS COMPANY IN FULL SUPPORT OF THE J9 FOUNDATION

The Blue Bulls Company would like to announce their full support of the J9 Foundation – a support group and charity established in honour of former Bulls scrumhalf, Joost van der Westhuizen.

With the foundations goal being to create awareness of the terminal disease known as Motor Neuron Disease (MND), the Blue Bulls Company believes that assistance can be provided through various initiatives such as using the players for Foundation exposure, stadium usage, advertising space, and providing for and participating in silent auctions.

One of the Foundations focus area’s is to initiate programmes and affiliations with major brand leaders, which is why Foundation founder Joost van der Westhuizen looks forward to the new partnership formed,
“Life is about creating memories and I have created some of my best memories in a Blue Bulls jersey. It is an honour for me to create more memories with the Bulls, but this time around making a huge difference in the lives of MND patient’s together.”

CEO of the Blue Bulls Company Barend van Graan elaborates on the BBC’s support,
“Joost was an asset to our team and it’s only fair that we support both him and all those in need with this disease. We look forward to supporting a well-run organisation that assists in ensuring that MND patients are correctly diagnosed, receive the best possible care and achieve the highest quality of life.”

The BBC welcomes the J9 Foundation to their family and look forward to really making a difference going forward.

More about the J9 Foundation:
The J9 Foundation was formed by the rugby legend, Joost van der Westhuizen in aid of those suffering from the same form of fatal illness that he was diagnosed with early 2011, Motor Neuron Disease. Joost has created a platform through this foundation to allow people, companies and friends to support the quality of life programs available within this organisation.

The J9 Foundation fosters intimate dialogues with those living with ALS, their families and caregivers. Our approach draws from our hands-on experience, as we continually strive to understand the overwhelming dynamics that ALS families endure.

The direct services offered through our main program, the ALS Patient, Family, and Caregiver Quality of Life Program; include making home visits, answering basic requests for information and referral, guiding families through intimate dialogue about disease progression, dying and death, coping with a spouse’s death, and other issues related to ALS.