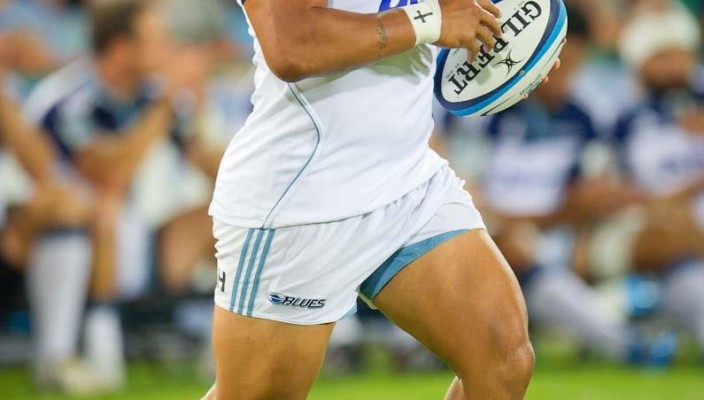 Blues team to play Melbourne Rebels on 11 May 2013 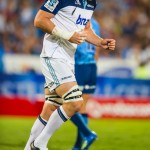 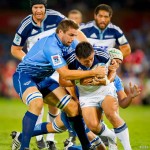 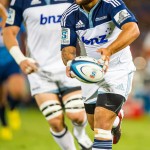 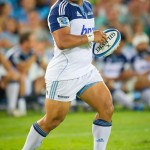 Blues head coach Sir John Kirwan has made five changes to his starting XV for Saturday’s match against the Melbourne Rebels at Eden Park (kick-off 7.35pm).

Tim Perry moves into loosehead prop in place of Tom McCartney, while Quentin MacDonald replaces Keven Mealamu who has been forced out of action due to a minor calf strain sustained against the Stormers.

Lock Anthony Boric will make his first start in 14 months, while Brendon O’Connor is named at openside flanker as Kirwan looks to rest Luke Braid and Culum Retallick who have both shouldered heavy workloads this season.

“Some of our guys have clocked up high Ks and it’s important that we give them a little bit of a break,” Kirwan said.

“We think Tim is getting better and better, there’s lots of competition on that loosehead side so he gets another crack at it.

“Brendon’s been coming off the bench and doing a great job.  Although we don’t want Braidy out of the football game altogether he’s another one of the guys who has played just about every minute of every game so we need to be careful moving forward.”

In the backs, George Moala is reinstated to the starting XV on the left wing as Rene Ranger returns to his favoured position of centre where he is partnered in the midfield with Francis Saili.

Jackson Willison was not considered due to the recurrence of an ankle injury he suffered against the Reds in Brisbane.

With Keven Mealamu and James Parsons both ruled out through injury, Ponsonby and Auckland Rugby Academy hooker Gafatasi Su’a has been called up and could make his Super Rugby debut off the pine.

Kirwan said it was a completely different scenario to when he made six changes against the Bulls and his side lost 21-28 at Eden Park, and that it was important to strike a balance between refreshing key players and maintaining his side’s enthusiasm.

“I’ll take the rap for that but I think we’re a lot further down the track as a team and we’ve had a lot more trainings under the belt so the changes are more subtle.

“The boys have been in there and are working hard so it’s very different. We need to make sure we have a huge game so the guys need to bring fresh legs and fresh enthusiasm and that’s got to happen this week.”

The Rebels may have only won two games so far this season, but they showed enough glimpses of talent in their close losses to the Crusaders and Chiefs in recent weeks to suggest they will be a real threat on Saturday night.

Kirwan is well aware of the dangers the Rebels pose and knows his side can ill afford a slip up against them.

“The Rebels are a very good side,” he said.

“They’ve got James O’Connor who has been playing very well and Scott Higginbotham is organising the loose forwards well. They’ve been unlucky; they’ll be coming over here confident and they’ll be hoping we’re underestimating them and that’s not happening.”

The Blues team to face the Melbourne Rebels at Eden Park on Saturday night (kick-off 7.35pm) is: