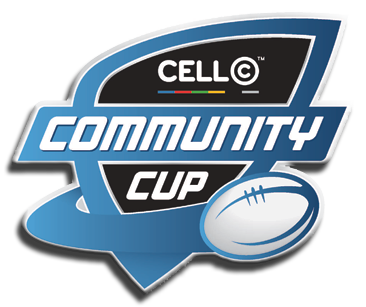 THE Cell C Community Cup reaches the make-or-break stage on Saturday with just three rounds remaining for the 20 competing teams to secure their places in the top-eight Easter play-offs next month.

No clear winner has emerged in any of the four Pools, which each see at least three sides in strong contention for the two qualifying slots on offer.

There are any number of big clashes scheduled for round three, with matches in South Africa’s premier club tournament for non-university clubs taking place as far afield as Malmesbury, Worcester, Springs, East London, Pretoria, Polokwane, George and Emalahleni.

Up north, all eyes will be on the top-of-the-table clash in Pool B between home side Pretoria Police, led by the evergreen Nico Luus, and Jonsson College Rovers. The two sides last met in the final of the old national club championship in Rustenburg in 2012 – a match the Durban side won comfortably.

Three years on, it’s difficult to pick a winner. The Pretoria Bobbies have picked up a full house of 10 points in their two matches thus far – including an impressive come-from-behind 31-26 victory in Bloemfontein last week against Berlesell Bloemfontein Crusaders.

Rovers, on the other hand, opened their campaign last week with an encouraging 54-15 win at home over BB Truck & Tractor Noordelikes, which saw former Springbok wing Jongi Nokwe score a brace. New Rovers coach Derek Heiberg said his team were looking forward to the challenge that Pretoria Police would present and enjoying the semi-professional environment that SARU has created within the Community Cup.

“This week is a big challenge against Police and our challenge is to put 80 minutes together,” said Heiberg. “Most of the guys get limited to club rugby within their own provinces. Being able to travel, be like a semi-professional rugby player, be exposed to different players and test your skill levels is fantastic.”

Durban’s other team in the tournament, the KZN champions SA Home Loans Durban Collegians, will also get their first taste of cross-country travel when they fly to Cape Town for a mouthwatering clash in Malmesbury against Wesbank.

The Moor Cup champions had to work hard for a bonus-point victory over J&F Reclaiming Rovers Welkom at home last week and will be under no illusions about the challenge of playing the Boland Premier League runners-up in front of thousands of supporters and with temperatures expected to be in the high thirties.

“I’m glad the youngsters have finally experienced Cell C Community Cup and we can only grow from this,” said Collegians’ head coach, Robin Swanepoel after the Welkom victory. “At one stage we were down to 13 men, six in the pack, and we scrummed them. That kind of character will stand us in good stead going forward in this competition. Fortunately, we’ve got an assistant coach in AB Zondagh who is from the Cape, so we know a little about Wesbank.”

In the weekend’s other matches, SA’s oldest club Hamiltons travel to the Boland to face One Logix United Bulk Villagers Worcester, who were themselves established in 1883 – making it a total of 272 years of history coming together at Boland Park.

In Pool A, East Rand Cranes Springs will look to bounce back from their disappointing defeat to Durbanville-Bellville in their debut match when they host Don’s Pawn Shop Port Elizabeth Police, who were somewhat surprise victors over Kempston Old Selbornians last week. Old Boys, meanwhile, face an acid test, albeit at home, against defending champions Rustenburg Impala.

In Pool C, Evergreens resume their quest to qualify for Easter when they host high-flying Vaseline Wanderers, fresh off their 40-all televised draw against Hamiltons last week, at the Pacaltsdorp Sports Grounds. And in Pool D, Gap Management Despatch will play in Emalahleni for the very first time when they take on Shumba Ferros in the day’s first match.