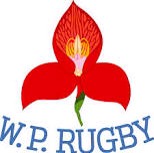 The Springbok trio of Pieter-Steph du Toit, Herschel Jantjies and Dillyn Leyds walked away with the top accolades at the WPRFU awards evening held at Kelvin Grove on Tuesday.

All three players featured prominently for the DHL Stormers this year, with Du Toit going on to be recognised as the best player in the world and Jantjies nominated as World Rugby Breakthrough Player of the Year, having made a huge impression in his first season after making both his DHL Stormers and Springbok debut in 2019.

Lock Salmaan Moerat was DHL WP Most Promising Forward and wing Edwill van der Merwe the DHL Most Promising Back, while flank Nokubonga Siko was named Women’s Player of the Year for her role in the DHL WP Women’s third straight national title.

Robbie Fleck received a special award in recognition of his exceptional service to WP Rugby as both a player and a coach.

WPRFU President Zelt Marais said that it was fantastic to recognise the stars of the rugby community after an eventful year.

“There are so many people who have contributed to making 2019 a memorable year and it was wonderful to pay tribute to them.

“We look forward to rugby at all levels growing stronger next year as we seek to reach new heights,” he said.

Not only were WP Rugby’s professional players awarded individual trophies based on their performances throughout the 2019 season, but the Western Province Rugby Football Union also recognised all club, junior, female and referees’ performances within the union this past year.