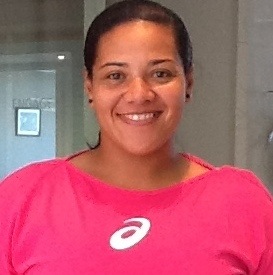 Springbok Women’s prop Laurian Johannes will become the first Western Province women’s player to earn 50 caps when she takes to the field in round two of the SARU Women’s Interprovincial Series against SWD on Saturday.
Johannes, who made her debut for Western Province in 2003, has been a stalwart for the union and the Springbok Women’s team in the last few years, and with another strong showing this season, she could secure a place in the 26-member squad for the 2014 IRB Women’s Rugby World Cup in France in August.

Western Province will meet SWD in the opening Women’s Interprovincial match on Saturday at the City Park Stadium in Cape Town, while the Blue Bulls will take on Eastern Province at Loftus Versfeld and defending champions Border will battle it out with KwaZulu-Natal at the BCM Stadium in East London.

Western Province, in particular, will be under pressure to win their clash as a tribute to Johannes, and will also want to make up for their narrow 15-12 defeat against Eastern Province last week as they look to replicate the form that earned them a final berth last season.

The home team, however, may have to work hard for a victory as SWD produced a strong first half against Border in the opening round two weeks ago and will look to maintain that standard for the full 80 minutes this week to keep alive hopes of creating an upset.

The clash between the Blue Bulls and Eastern Province, meanwhile, is expected to be a tight tussle, as both teams boast strong packs and exciting backs.

In the Blue Bulls camp former Springbok back Yolanda Meiring will start at scrumhalf and her team-mates will rely heavily on her vast experience and slick distribution to give them an edge on attack.

Centre Shona-Leah Weston, who is vying for a place in the IRB Women’s Rugby World Cup squad, will also want to stamp her authority on attack after scoring a try on her 15-a-side debut for the province in their first match.

With the Blue Bulls having scored four tries in their opening match against KwaZulu-Natal, Eastern Province will be expected to produce a strong defensive effort, in particular, to shut out the hosts.

The Durbanites, meanwhile, will have to deliver a solid performance all-round to contain Border who have established themselves as one of the early favourites in the tournament after scoring seven tries against SWD and leaking only one in a strong start to the competition.

Up-front KwaZulu-Natal will have their work cut out as the Border pack, led by Springbok Women’s captain Mandisa Williams, can be a force to be reckoned with, while their high work rate and play-makers also makes a serious threat.