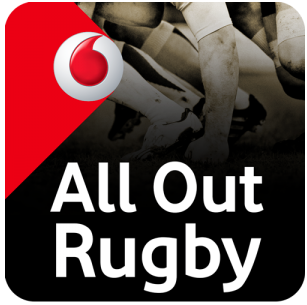 It may not have been pretty but the Springboks managed to savour a 2-1 series victory against Ireland following the weekend’s 19-13 win in Port Elizabeth.
For the first time in the series the Irish managed to win the lion’s share of the territory and possession only to see a would be historic series victory slip away.
Statistics from the All Out Rugby App paints a picture of how South Africa battled to get their hands on the ball.
With only 33% of the possession and 27% of the territory, the Boks’ defensive systems just managed to hold.
The Irish threw everything they could at the hosts making an incredible 160 carries.

The Boks were forced to make 182 tackles but were also found wanting on defence.

The Irish made 10 Clean Breaks to one while managing to beat 26 Defenders and making 452m running metres compared to the 154m by the Boks.
The visitors were equally damaging at the breakdowns making seven turnovers to three.
In the end it was the four penalty goals – three to Elton Jantjies and one to Ruan Combrinck – that separated the two sides.
The All Out Rugby App powered by Vodacom was the digital home for everything Springboks during the June internationals, and fans will once again have access to a wealth of rugby content on the All Out Rugby App during the Castle Lager Rugby Championship later in the year.

The All Out Rugby App is available for free on the Google Play store, iOS App store, and the Vodacom App store.

Power to the Rugby Fans

Match Statistics from the All Out Rugby App powered by Vodacom

All stats courtesy of the All Out Rugby App – powered by Vodacom.

SpringboksVodacom All Out Rugby App