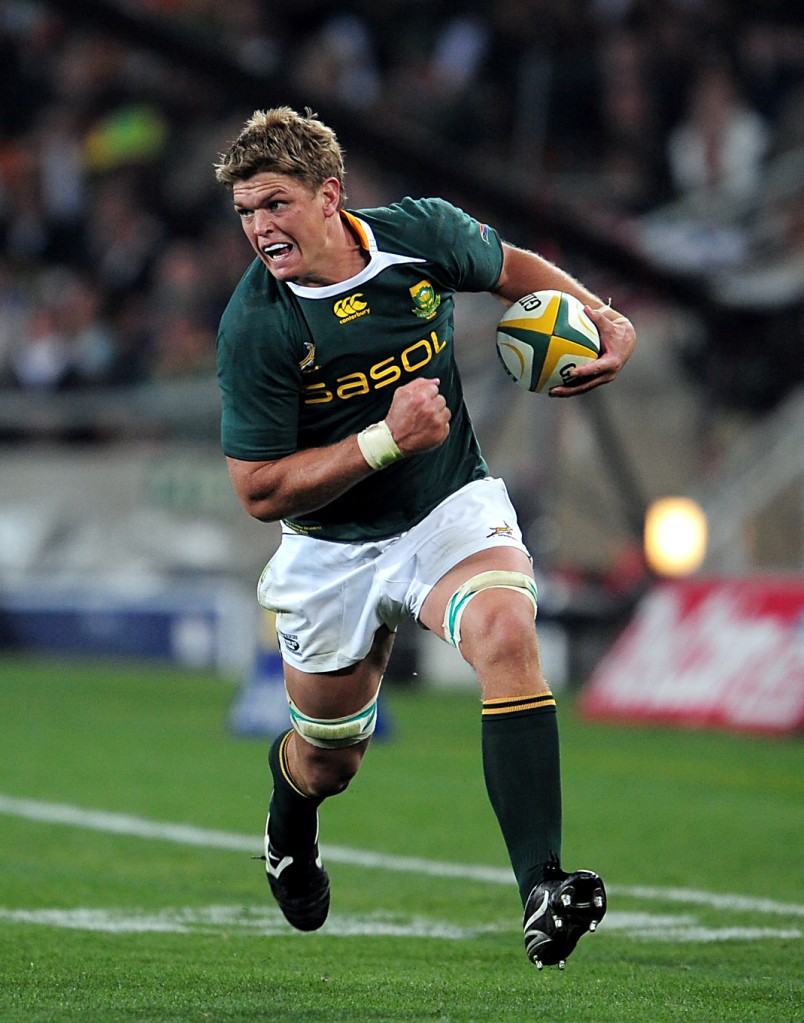 The Springboks delivered an impressive performance in the first 60 minutes and weathered a late storm from Ireland to claim a historic 23-21 victory over Ireland at the new Aviva Stadium in Dublin.

South Africa was in control from the onset and displayed superb continuity – building phase after phase – to apply pressure on the Irish defense. This was awarded with an early Morne Steyn penalty.

It was however the set pieces that laid the foundation. The Boks not only dominated their own scrums and lineouts but they disrupted each and every Irish lineout and troubled them at scrumtime too.

It was from one of these disrupted lineouts that Juan Smith pounced when he intercepted a loose pass and had to sprint more than 50 meters with half the Irish team chasing him down. He was caught five meters short but momentum took the talismanic flank over for the first try of the match. Morne Steyn showed great composure and slotted the penalty with ease.

Ireland added their first points of the match when Habana was penalised for advancing in front of the kicker. Jonathan Sexton converted the penalty and shortly before halftime added another from a scrum penalty.

Morne Steyn also added a penalty from an Irish scrum penalty to make the score 13-6 at the break.

Lambie’s debut got off to a horrible start as he hooked a regulation penalty conversion from in front. But it was his distribution skills that got the Bok backline moving and a skip pass from him that put Zane Kirchner into space handed Gio Aplon the second try of the match as he took a beautiful inside switch pass and dotted down under the post. Lambie converted and with 15 minutes left the Boks took a 23-9 lead.

Ireland also started ringing the changes with the formidable combination of Ronan O’Gara and Peter Stringer taking the field. It was O’Gara’s vision and accurate chip-kick to an unmarked Tommy Bowe – who crossed over untouched – that set the wheels in motion for an Irish comeback. O’Gara converted and with 12 minutes remaining the score was 23-16

With a hint at a chance of victory the Irish stepped up the pace and when a grubber kick through could not be gathered by Kirchner, the Irish pounced and built phase after phase to stretch the Bok defense. When the Irish played it wide for the umpteenth time, Habana rushed up, missed the inteception and Aplon was left alone out wide. Rob Kearney easily beat Aplon and he scored in the right corner.

O’Gara lined up the conversion and struck it purely but the ball kept its line and struck the upright to leave Ireland trailing by two points.

The Springboks simply played out the final few minutes to hang on for their first Dublin victory in more than a decade.