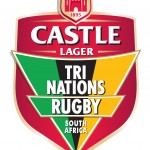 There was high drama as the Springboks departed on their away leg of the Castle Tri-Nations.

The Qantas flight on which the team was traveling was forced to return to OR Tambo International Airport in Johannesburg less than two hours after take off following the overheating and failure of engine No 3 on their Boeing 747. The aircraft returned safely to Johannesburg.

The Springboks will remain in Johannesburg for the night and will not depart for Australia before Saturday.