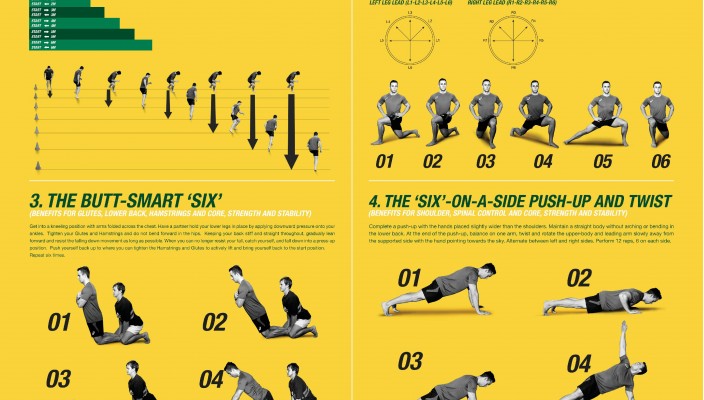 “The BokSmart ‘Safe Six’ exercises specifically target these areas of the body, and have been packaged in such a way as to be reasonably challenging, but still easy to implement, and without any equipment required. The exercises are well-established and frequently utilised in injury prevention and rehabilitation settings.

“The exercises have been chosen to focus on joint stability, strength, balance and control, and can be done in a very short time, and can even be incorporated into the warm-up at practices.”

The following exercises, which are all available to download on www.boksmart.com, form part of the “Safe Six”:

Viljoen added: “We encourage all coaches, players, parents, teachers and anyone involved in rugby to use the BokSmart ‘Safe Six’. Let’s all work together in keeping our players on the fields playing rugby and reaping all of the health, teamwork and social benefits of playing the game.”

The BokSmart “Safe Six” will be circulated to all rugby stakeholders, including but not limited to Primary Schools, High Schools, and Clubs in South Africa, for immediate implementation countrywide for all age-groups U13 and above.

A low res example of the exercise sheet has been attached, but all the printable posters, individuals exercise sheets and player hand-outs can be downloaded in high resolution here. 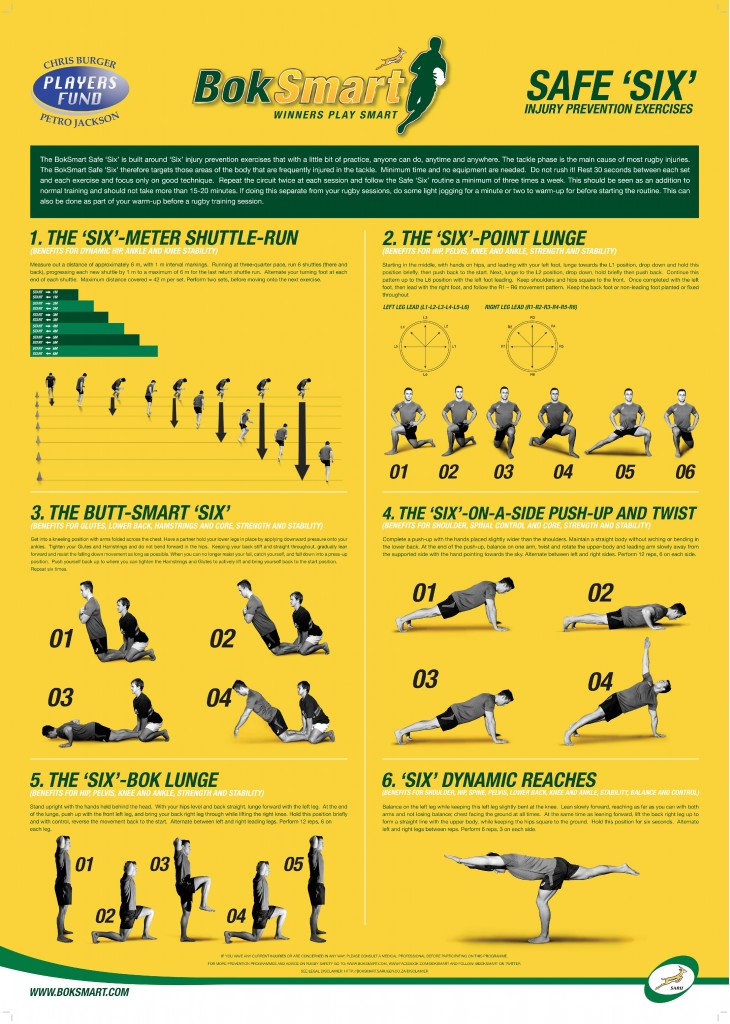