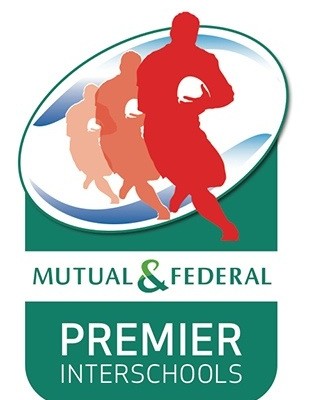 Saturday 23 August the big Mutual and Federal Interschools takes place in Paarl at Boland Landbou. It’s the battle of the agricultural schools to once again prove which farmer is the better rugby player! The two schools have been playing each other on yearly basis since 1992 and the 2014 version is the actual 21st anniversary as they did not play in 2009.  The first couple of matches were very close and home ground advantage was a huge factor. It was only in 2001 that an away team won for the first time when Boland Landbou with a certain Derick Hougaard at pivot, took the honours 15-0 in Riversdale.

For the next 8 years Boland dominated the Interschools and Oakdale could only win once in 2005 with the score of 8-6 in a very hard fought game in Riversdale. The 2009 Interschools to be held at Oakdale was abandoned due to flooded fields. The last 3 years again went according to homeground advantage and this might well continue the trend in 2014.

Scores through the years:

Boland Landbou had one of those a seasons that could have been much better if the luck of the draw was just a little on their side. They have played 15 matches, winning only 5, losing 9 and drawing one. Of the 9 matches they lost, 5 of them were within 4 points or less, so the matches were always closely contested. Boland just needed to learn how to play out a match and keep the lead once they take it. They came very close to winning against Bishops, Paarl Boys, Paarl Gim, Wynberg and HTS Middelburg and just showed what a competitive side they really could be if firing on all cylinders.

Key players for them are lock and Captain Gerhard du Toit and lively Craven week scrumhalf Jondré Williams (Pictured below).

On the other side of the coin Oakdale had a steady season and is currently ranked No 14 in the country. They had good wins over Kempton Park, Daniel Pienaar, Noord-Kaap, HTS Drostdy and Outeniqua while only losing to Paarl Gim, Affies and Paul Roos thus far. Their playmaker throughout the season was talented inside centre JT Jackson, who got picked for Craven Week and SA Schools, but will unfortunately not play in this weekend Interschools due to SA Schools commitments. Together with Jackson, a further 5 Oakdale players represented SWD at the 2014 Craven Week in Fullback Ruan Barnard, Flyhalf Boeta Hamman, Flanker Armand Heunis, Hooker Vogien Talmakkies and Lock Adré Smith. Oakdale will look to pivot Boeta Hamman to dictate the game with his boot should it be wet in Paarl as predicted.

Boland Landbou is an Afrikaans agricultural high school that was established in 1962 in Paarl.  All the boys are hosted in hostels and there are no day learners. The Boland Agricultural Union already started campaigning for an agricultural high school in the Boland area in the early 50’s and in 1953 the then Administrator, Mr JO du Plessis in principle approved the establishment of such a school. The Department of Education formerly approved the request in 1956 and the agricultural union was tasked to find a suitable farm to host the school on. Factors that they had to consider were, distance to nearest Town, availability of power, postal distribution, water availability, size of the farm to be able to do diverse farming.

The farm “Langerug” in the Agter-Paarl area was eventually identified as the most suitable for this venture and in 1957 it was bought by the Provincial Administration for R150 000 from Mr F Hauptfleisch. By 1959 the final planning was done and building started in early 1960. The union opted for the name “Hoër Landbouskool Boland” and it was dually accepted by the Superintendent-General of Education Mr DJ Liebenberg. In 1961 the first Principle was appointed in Mr C. du Toit (Vonk) van der Merwe, who was still at Augsberg Agricultural at that stage.

On 22 January 1962 the school opened its doors for the first time and with a brand new staff Mr van der Merwe laid the foundations for the excellent institution this school has become.

The Original farm dam at Langerug.

Boland Landbou Grounds as it looks today (Pictured Below)

Boland Landbou rugby produced their first Springbok in 1984 when prop Attie Strauss was picked for the tests between South Africa and the South American Jaguars.

They produced a further 3 Boks in Lock Hottie Louw (2002), Prop Deon Carstens (2002) and Flyhalf Derick Hougaard (2003). The latter becoming the darling of Loftus and the Blue Bulls with his match winning boot in the mould of their beloved Naas Botha.

Old boys Hottie Louw and Deon Carstens have returned to help their Alma Mater in matters of rugby and both have coaching roles at the school.  It is indeed great to see that they are ploughing their experience back into the school and its learners.

Established in 1928, Oakdale Agricultural High School is well known countrywide for its high standard of agricultural training. Classes are small to ensure that every learner receives individual attention. A mere 80 boys are enrolled annually and applications always exceed this figure.

High marks in Natural Science and Maths, as well as an interest in fauna and flora, are requirements for acceptance, and learners come from all over the Cape, as well as the Free State and Gauteng. All teaching venues have computers and data projectors and there are also two fully equipped computer education help centres with 80 computers. In addition, the school has effective maths and reading help centres.

In the early 1920’s, the Department of Agriculture earmarked the farm “Oakdale” as a potential training farm for returning war veterans, but this never materialized. Instead it was approved in 1927 as ideal for the establishment of an agricultural school and 200 merino sheep, 8 mules, 4 jersey cows were purchased. The school officially opened in 1928 with 6 boys, 3 from the old Transvaal and 3 from the Freestate. The only living space available was the old original farmhouse. In 1930 a new hostel was built that could house 42 learners and the old farmhouse became the school building.

The Original old Farmhouse of Oakdale

In 1941 the two Victorian side wings were demolished to build two much bigger wings, that is still in standing today. One was used as the hall and the other as classrooms. The latter is the Fanie du Toit Centre today.

Meyer Bosman playing for the Cheetahs and Springboks