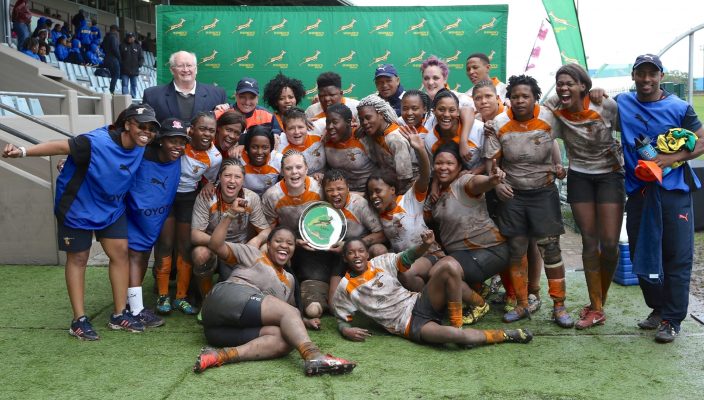 Border and Free State on Saturday successfully defended their titles in a thrilling finale to the SA Rugby Women’s Interprovincial competition at the BCM Stadium in East London.

Border won the A Section Final for the fourth time in a row as they defeated arch rivals Western Province 29-16, while Free State defeated the Golden Lions 19-5 to defend their B Section title.

The Western Province Under-18 team, meanwhile, thrashed the Limpopo Blue Bulls 47-5 in the SA Rugby Women’s Youth Training Centre (YTC) final, which was hosted as a curtain raiser to the B Section Final.

The first half of the A Section Final between Border and Western Province was tight as the teams threw everything at one another. Western Province opened up the scoring with a penalty by captain and centre Demi Nel in the 11th minute and she added a try and second penalty before the break. Border, meanwhile, crossed the tryline twice compliments of Asithandile Ntoyanto and Lusanda Dumke. This handed the Capetonians a narrow 11-10 halftime lead.

Border started the second half with a bang as they scored two tries in three minutes by captain Zintle Mpupa and Ntoyanto, while Mpupa converted the second try. The duo continued to make their presence felt as the match progressed as Dumke scored her second try early in the fourth quarter, while Mpupa crossed the line on the stroke of full-time for their fourth try. In turn Western Province could only add a try by Nomaphelo Dike in the second half, which saw them go down 29-16.