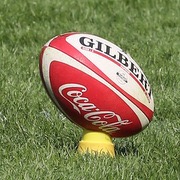 The Border Women on Saturday completed their fairy-tale season as they defeated the Blue Bulls 32-14 in East London to secure back-to-back SARU Women’s Interprovincial Series titles.

Free State, meanwhile, thrashed Boland 34-0 in the Section 2 final of the A Division, while the Leopards defeated the Pumas 34-17 to win the B Division title.

The A Division final was entertaining as Border built up an encouraging 17-0 lead at the break against the Blue Bulls in a strong showing that they have what it takes to defend their title.

The Pretoria team fought back in the second half with a converted try and they did well to contain the home team on defence, but despite this Border added their fourth try in the second half to continue their dominance in the Women’s Interprovincial Series.

This allowed the East London team to finish the season with an impressive seven victories in as many matches with an equally remarkable four tries or more in each match.

Interestingly they also defeated Western Province 22-7 in the semifinal in East London last weekend after steering their way to a 17-0 lead at the break.

In the Section 2 final, Free State outplayed Boland to score six unanswered tries for their 34-0 victory, while the Leopards outscored the Pumas six tries to three to win the B Division final.